On this day in 2011, the strongest earthquake in Japanese history killed almost 16,000 and triggered one of the world's worst nuclear disasters.

An earthquake and resultant tsunami hit the east coast of Japan on this day in 2011, resulting in massive devastation and the deaths of nearly 16,000 people.

The magnitude 9.0 quake erupted at 2.46pm local time around 45 miles east of the Tohoku region of north-eastern Japan, about 20 miles below the surface.

A sophisticated early warning system had operated a minute before, stopping trains, traffic and assembly lines. It is reckoned to have saved thousands of lives. 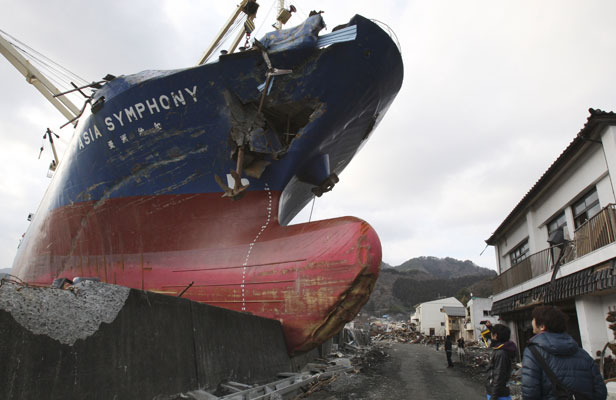 The government issued tsunami warnings in the immediate aftermath of the earthquake, resulting in mass evacuation, though later reports say that only 58% of people in coastal areas moved to higher ground.

Within an hour, the first of a number of huge waves hit the country’s coastline.

As in the 2004 Indian Ocean disaster, the surging water caused a great deal more death and destruction than the preceding earthquake. A Tokyo University study found waters had reached a height or 38.9 metres (127ft) near the fishing village of Aneyoshi. 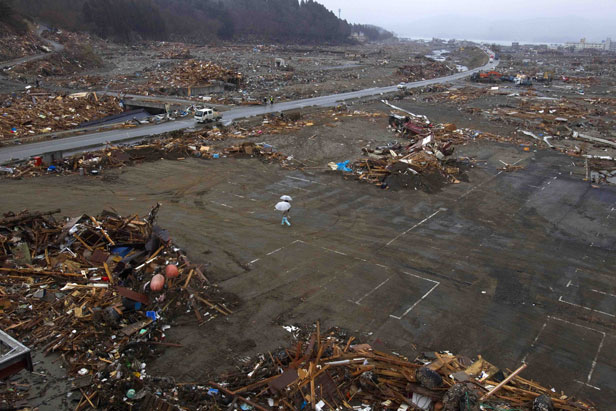 Entire towns were swept away and thousands of lives were lost as scores of designated ‘tsunami-safe’ areas were overrun. Over 1,200 died in the small town of Minamisanriku in Miyagi Prefecture alone. Smaller tsunami waves would travel as far as the coasts of North and South America.

The waters also triggered level-7 meltdowns at three reactors at the Fukushima Daiichi Nuclear Power Plant, resulting in the biggest release of radioactive materials since the 1986 Chernobyl disaster, and the further evacuation of around 300,000 people.

The effect of the disaster – said to be the costliest in history at an estimated US$235 billion (£156bn) – are still being felt in the country. 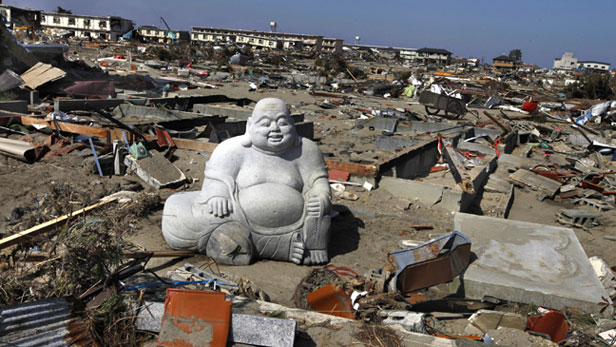 More than 127,000 buildings were destroyed and over a million more damaged, while over 1,000 further deaths have been blamed on poor living conditions resulting from the disaster.

Tohoku earthquake - Did you know?
Print this story
Back to top