The Godfather, Francis Ford Coppola’s film adaptation of Mario Puzo’s smash-hit novel about an American mafia dynasty, had its world premiere in New York on this day in 1972.  It would go on to be feted as one of the greatest movies in Hollywood history.

Starring Marlon Brando in the title role, the film was also one of the most hotly-anticipated ever - its 1969 source novel having spent 67 weeks in the New York Times Best Seller list, selling over nine million copies in two years.

Paramount Pictures were keen to use an Italian-American director to get the right ethnic feel for the film, and after being turned down by several bigger names, offered the job to Coppola on the basis that he would be cheaper to hire, and happier to work on a smaller budget.

[January 29, 1996: Cats becomes the most successful musical of all time]

In spite of pressure from the studio, the director managed to persuade them to keep the film set in the 1940s and 50s and shoot on location in New York and Sicily, as well as securing a significant budget hike – not least thanks to the continuing success of Puzo’s novel. 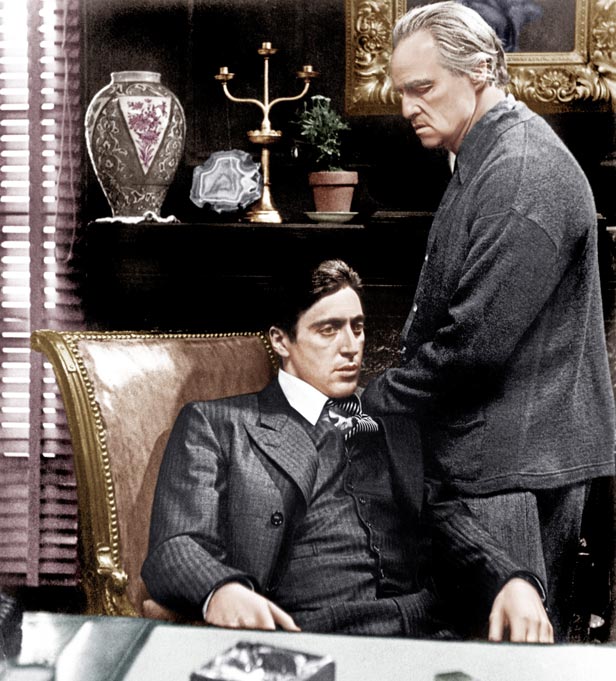 Paramount were also initially against the idea of Brando playing the lead, Don Vito Corleone, due to the poor performance of his recent films and his reputation of being difficult and causing delays in filming.  To secure the role, Brando performed a screen test in costume and accepted a lower salary.

Most of the other actors cast by Coppola in significant roles had little or no big-screen experience, including Al Pacino and James Caan as the Godfather’s sons Michael and Sonny, his own sister Talia Shire as their sibling Connie, and Diane Keaton as Michael’s bride Kay.

[Also on this day: Communism beckons as Tsar Nicholas II of Russia abdicates]

Even before the film’s premiere, it had taken $15 million in advance rental income from over 400 cinemas. It would become the biggest hit of 1972, and for a short while was recognised as the highest-grossing film ever.

It was garlanded with lavish praise, and nominated for 11 Academy Awards, winning three - Best Picture, Best Screenplay and, in a vindication of Coppola’s casting wishes, the Best Actor Oscar for Brando, though the actor would famously boycott the ceremony and send a Native American to refuse the award on his behalf.

The Godfather – Did you know?
Print this story
Back to top