The supertanker Torrey Canyon ran aground off Land's End, threatening sea birds and other wildlife as its 100,000-ton crude oil cargo seeped into the sea.

The West Country was on the brink of an environmental disaster on this day in 1967 after supertanker Torrey Canyon ran aground on rocks between Land’s End and the Scilly Isles and began to leak its cargo of crude oil into the sea.

The 974-foot tanker became – at the time – the largest vessel ever to shipwreck when it hit Pollard’s Rock on the Seven Stones reef.

The tanker’s 100,000-ton cargo began to leak into the sea shortly after it hit the reef, and within a few hours the eight-mile-long oil slick was threatening the coastline of Cornwall and Devon.

Attempts to float the vessel off the reef failed and even resulted in the death of a Dutch salvage worker, and eight days after the grounding, the Torrey Canyon began to break up.

When thousands of gallons of detergent failed to disperse the oil, the RAF and Royal Navy were called in to bomb the supertanker to burn off some of the oil forming the now 35-mile-long slick and scuttle the ship.

Only after 42 1,000-pound bombs and barrels of aviation fuel were dropped on the wreck did the slick start to burn, and it was another 48 hours before the Torrey Canyon sank to the sea bed.

But as the ship came to rest 30 metres below the waves, the clean-up efforts would go on for many years to come.

Torrey Canyon - Did you know? 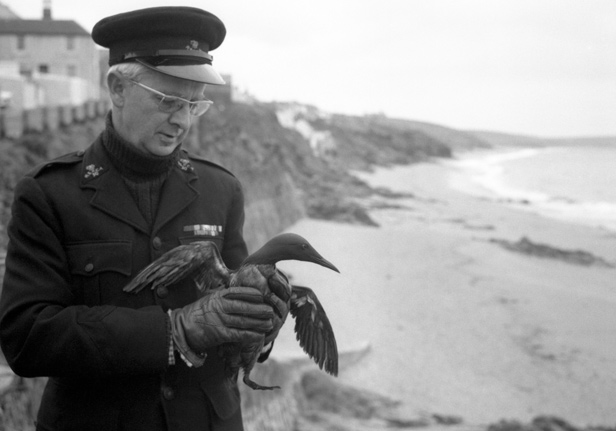