The Anglo-French supersonic airliner Concorde made its maiden flight on this day in 1969, after two previous attempts were aborted due to bad weather.

Spontaneous applause and cheers broke out from observers as the French-built prototype of the  supersonic transport (SST) took off from Toulouse Airport at around 3.30pm, and circled for just 27 minutes before landing due to further weather concerns.

During the test flight, Concorde’s speed never rose above 300mph and its altitude reached a lowly maximum of 10,000 feet. During commercial journeys it would reach speeds of up to 1,350mph – more than twice as fast as conventional aircraft - and fly as high as 60,000 feet.

[Read more: Concorde – where are they now?]

Test pilot Andre Turcat said that the flight was “as perfect as we had expected”, but warned that Concorde was far from being the finished article.

“The first flight is more than an achievement,” he added. “It is the start of more months and years of hard work before the plane can be flying passengers over the Atlantic.” 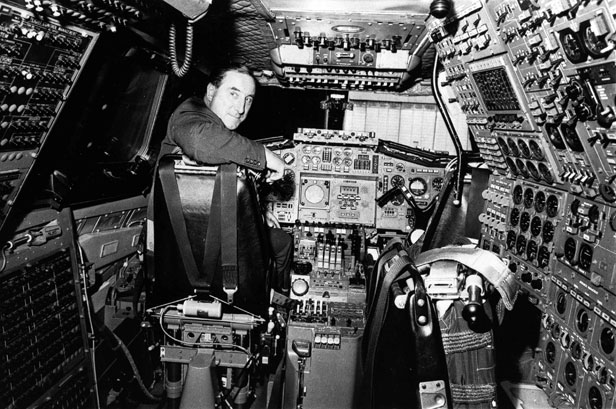 The first flight of the British-built Concorde prototype, piloted by Brian Trubshaw, lasted 22 minutes and was made from Filton airfield near Bristol to RAF Fairford in Gloucestershire on April 9, 1969.

Concorde would make its first supersonic test flight on October 1 that year, and after rigorous testing and development finally began making scheduled passenger flights in January 1976.

Concorde - Did you know?
Print this story
Back to top