Six countries signed a treaty on this day in 1957 to establish the European Economic Community (EEC) – usually referred to as the Common Market – taking the first steps on the road toward closer fiscal and political harmony that would result in the European Union.

France, West Germany, Italy, the Netherlands, Belgium and Luxembourg signed the Treaty establishing the European Economic Community (TEEC) - more commonly known as the Treaty of Rome - which would bring the EEC into operation in January the following year.

In the post-war years it had become apparent to European leaders that individual nations could not compete politically and economically with the resources of the two world superpowers, the United States and Russia.

To improve their position in world economic markets and to form closer alliances in order to prevent further European wars, various statesmen proposed economic integration.  This began with the integration of the French and German coal and steel industries in the early 1950s. Italy and the Benelux countries soon joined the affiliation. 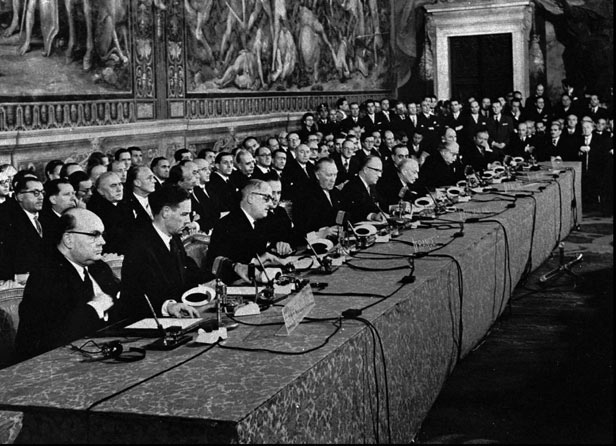 On March 25 1957, representatives of the six nations actually signed two treaties in Rome - one to create the EEC, the other to establish the European Atomic Energy Community (Euratom) for the common and peaceful development of Europe’s nuclear resources.

Archaic trade barriers between the nations were gradually eliminated, and common policies were developed for transportation, agriculture and economic relations with non-member countries. The EEC and Euratom were served by a single council of ministers, an appointed representative assembly, and a court of justice. 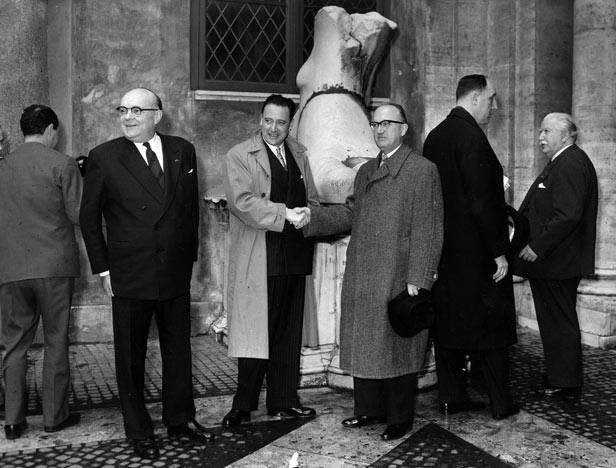 Britain initially chose to remain outside the Common Market, and along with Austria, Denmark, Norway, Portugal, Sweden and Switzerland established the European Free Trade Association (EFTA) in 1960 as an alternative.

Britain, Ireland and Denmark eventually joined the EEC in 1973, and the Community would form the basis for the establishment of the European Union, which initially came into being with the ratification of the Maastricht Treaty in 1993.

The Common Market – Did you know? 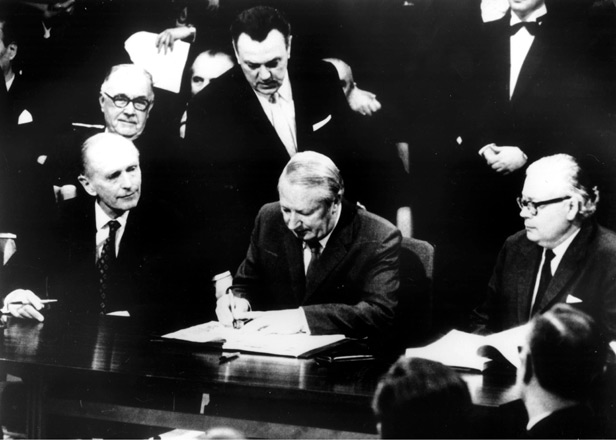