A 100,000-strong march against the controversial Community Charge turned ugly, causing £400,000 worth of damage in the West End and leaving 113 people injured.

London’s worst riots for a century took place on this day in 1990 after violence broke out at the end of a march against the government's new Community Charge, commonly known as the poll tax.

At least 100,000 people marched from Kennington Park to Trafalgar Square to demonstrate against the new tax, which would come into operation in England and Wales the following week having been in place in Scotland since the year before.

Police shut an over-full Trafalgar Square at 2.30pm and blocked off either end of Whitehall, leading to a mass sit-in near the entrance to Downing Street.  After requests to move along were ignored, they began to arrest demonstrators. 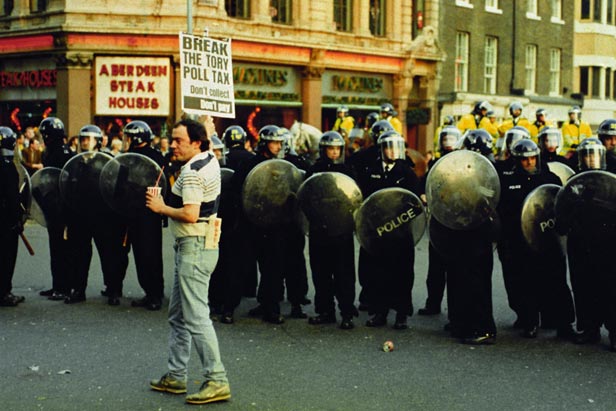 At 4pm, as mounted police began to push marchers out to the corners of the square, skirmishes began. Police vans were struck and officers were pelted with building materials, while a fire broke out at the adjacent South African embassy.

Later, police pushed demonstrators out of Trafalgar Square, sending some towards Soho and away from their transport near the river.  Some marchers, angered by police tactics, overturned and set cars alight, and smashed a number of shop windows. 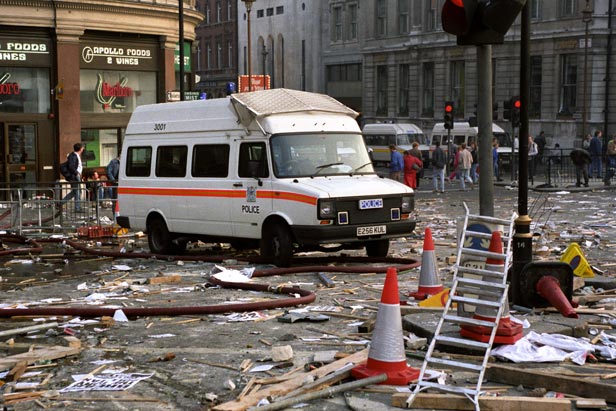 Some looting began, and small groups began skirmishing with police. More than 400 people would be arrested, mainly for causing criminal damage, the cost of which was later estimated at £400,000. 113 people were reported injured, including 45 police officers.

The violence of the riots and widespread public antipathy to the tax were major factors in the downfall of Prime Minister Margaret Thatcher, who would resign on November 22, 1990. Soon after, Environment Secretary Michael Heseltine announced that the Community Charge would be replaced by a new Council Tax.

The Poll Tax riots – Did you know? 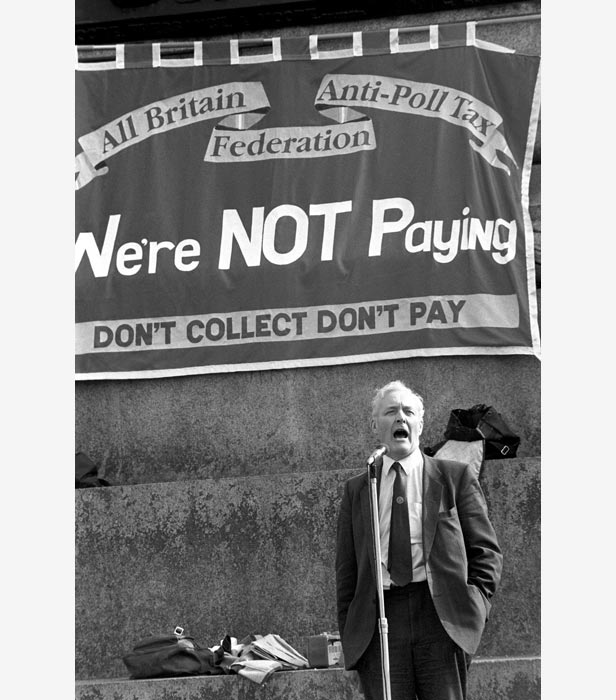 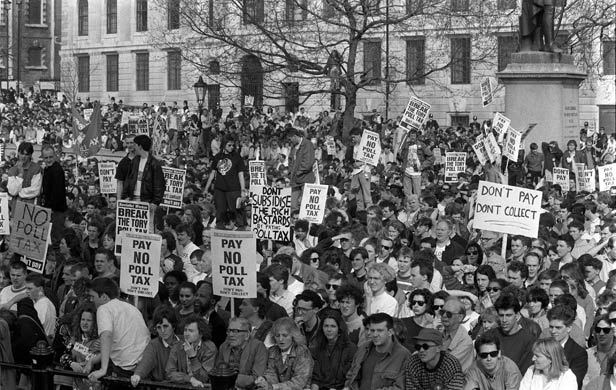