French president and wartime leader Charles de Gaulle once again placed himself as the saviour of the nation by denouncing "communist" protestors and offering the country a glimpse of life without him.

On this day in 1968, General Charles de Gaulle punctuated a month of civic strife with a radio appeal that struck fear into French hearts.

The emotional intervention saw the president position himself - as he did during World War Two - as the only viable bulwark against the threat of "dictatorship" and "totalitarianism".

But this time the threat wasn't Nazism but rather rebellious students and striking workers, a group that De Gaulle was only too happy to denounced as "communists" hell bent on burning down the Élysée Palace - with him inside.

That threat was largely imagined. The protesters, although numbering well over 10 million, had no known links with communist organisations. And far from seeking the overthrow of the government, they wanted it to pass a series of educational and employment reforms.

But the threat was all too real for De Gaulle. He sensed bloody revolution in the air. 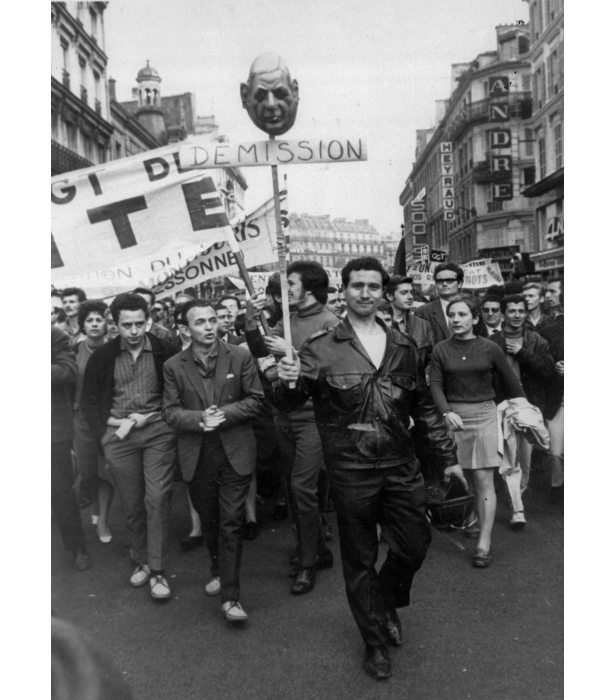 Tanks were battle-readied across Paris, and just hours before taking to the radio (the Government-run television system was also on strike), he simply disappeared.

The government had announced that De Gaulle was going to his country home east of Paris, but the presidential helicopter never arrived.

The world was stunned. France began to sweat. No one knew where he had gone. Even the Prime Minister, Georges Pompidou (below), was in the dark. He was left to fend off accusations that the president had fled the country, but he didn't seem too convinced of his own arguments. 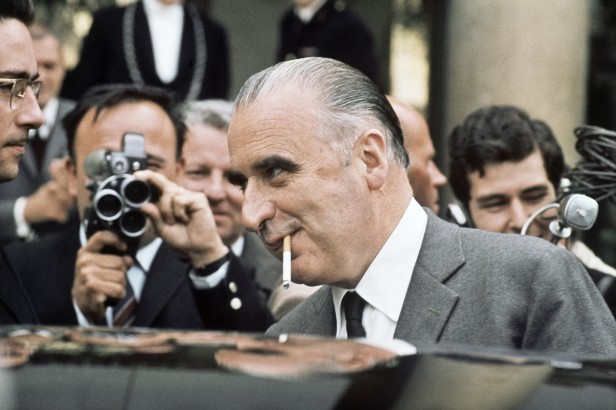 After six long hours, it emerged that De Gaulle had chosen to fly to Baden-Baden in Germany, where he met with the General Jacques Massu, chief of the French forces in Germany.

He returned to Paris later that day, shrugging off his unscheduled flight as "a momentary lapse".

But the ramifications of his disappearance continued to swirl around France.

Had he won military support for his battle against the protesters? Had he lost it?

The move flummoxed both his supporters and his detractors. But few believed that the leader of the Free French during Europe's darkest hour - the flame of the French Resistance - would have fled. This was the man whom Winston Churchill described as "l'homme du destin"; this was the man who said of himself in 1940: "Je suis la France".

And so France soon accepted the most passable - and agreeable - explanation: the great general was simply offering a glimpse of the nation without himself at the helm.

Whether or not this was his intention, it worked.

His radio message was full of the fires of old. He refused to resign, promised to "exorcise tyranny" and ordered the strikers to return to work, threatening to institute a state of emergency if they did not.

But he did agree to dissolve the National Assembly and he announced that an election would be held on June 23. 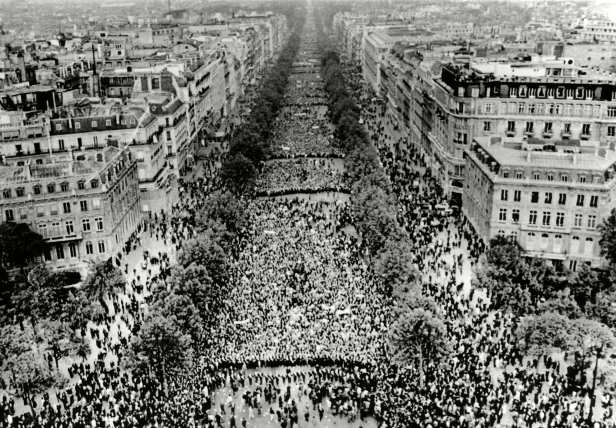 The dramatic events of the last couple of days had allowed the old campaigner to seize the political initiative. Some 800,000 loyal supporters soon took to the Champs-Elysées (pictured above), waving the Tricolor in appreciation of their nation's leader. It was a planned rally, but it seemed to capture the mood: France was in desperate need of stability.

And from the ashes of May, De Gaulle's party emerged to score the greatest victory in French parliamentary history. Posing a choice between chaos and himself, he took 353 of 486 seats. The Socialist Party bagged a mere 57 whilst the Communist Party could only muster 34.

The threat of France falling to a "communist dictatorship" was over.

Despite the election success of June 1968, De Gaulle remained personally unpopular, and it became increasing clear that his policies did not correspond with the aspirations of modern France. He resigned in 1969 after staking his reputation on a referendum on political reform, which he lost.

The events of May 1968 had a resounding impact on French society. Far from a mere political footnote, it is considered as one of the preeminent cultural, social and moral turning points in the country's history.

Shortly before his flight to Baden-Baden, De Gaulle is reported to have told his son-in-law Alain de Boissieu: "I do not want to give them a chance to attack the Elysée. It would be regrettable if blood were shed in my personal defence. I have decided to leave: nobody attacks an empty palace."

In 1982, General Jacques Massu claimed that De Gaulle was ready to resign when he arrived in Baden-Baden, and that he had manage to persuade the president to return.

Massu's account of that "momentary lapse" gained credence with the revelation that De Gaulle's son remained in Baden-Baden - along with the family jewels - after his father returned to Paris, only return when the threat of a coup had petered out.