Thirty-six people died when the giant German airship burst into flames on landing in New Jersey, hastening the demise of this luxurious form of transatlantic travel.

The German airship Hindenburg burst into flames and was destroyed while attempting to dock at an airfield in Lakehurst, New Jersey on this day in 1937. 36 people were killed in the disaster, which was captured in dramatic film footage and by extensive radio coverage.

Several previous airship crashes had resulted in higher death tolls, but shocking images of the Hindenburg disaster on newsreels eroded public faith in airship flight, effectively ending it as a method of passenger travel.

The Hindenburg – at over 800 feet long and 130 feet in diameter, the largest passenger vehicle ever to take to the skies – was completing its first transatlantic journey of 1937 from Frankfurt to New Jersey when catastrophe struck.

As can be seen in the video above, the ship had just dropped landing lines to assist the ground crew with its descent when fire engulfed its rear, causing the stern to drop to the ground and sending a jet of flame through its envelope and out of its nose. 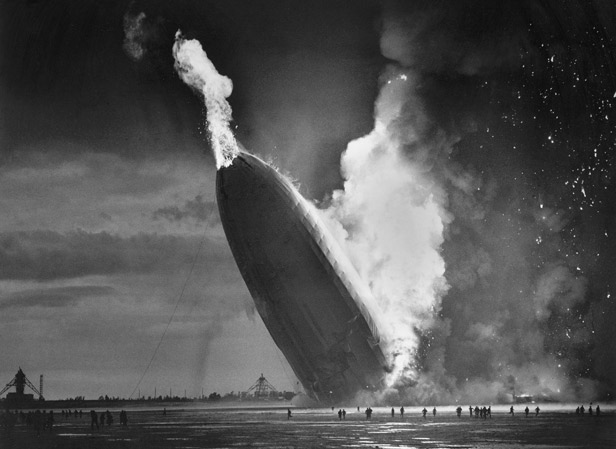 Within around 35 seconds, the whole of the dirigible structure had been burned away and the ship was reduced to a tangle of twisted metal. 35 passengers and crew on board perished, along with one ground crewman; remarkably, given the strength of the blaze, 62 others survived.

Scores of journalists were present at the time of the crash. One, Herbert Morrison, covered the event for WLS Radio in Chicago; his emotional report of the disaster broadcast the following day became famous, especially for his heartfelt phrase: “Oh, the humanity!”

Alhough the reason for the fire has never been conclusively established, most experts believe it was caused by the leakage of highly flammable hydrogen gas, which may have been ignited by static electricity created by stormy weather.

The day after the Hindenburg crashed, the Graf Zeppelin landed in Germany at the end of its flight from Brazil. This would prove to be the last international passenger airship journey as safety concerns and the development of aeroplane travel would render them obsolete.

The Hindenburg – Did you know? 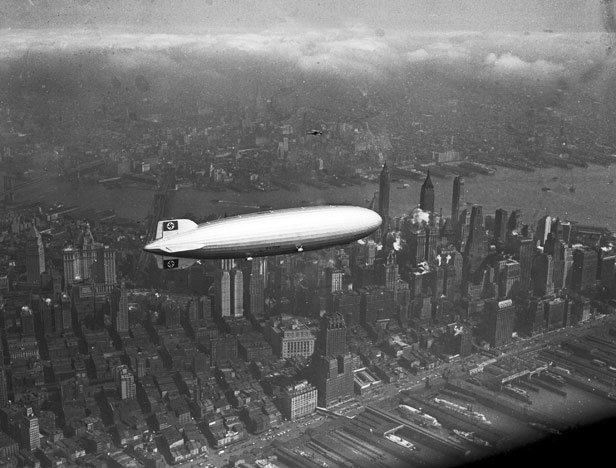