A 10-hour bombing raid on Coventry left 500 people dead, 2,300 homes destroyed and the city's medieval cathedral a shell which is now a site of reconciliation and remembrance.

On November 14, 1940, the city of Coventry was devastated by a German bombing raid that lasted for over 10 hours and left over two-thirds of its buildings destroyed or damaged.

Among the ravaged buildings was the Cathedral of St Michael, which had stood in the city since the late 14th century. Only its tower, spire, outer wall and the tomb of its first bishop remained.

A heavily industrialised area, Coventry was deemed a legitimate target for its munitions factories, though for the first time in the war, the Luftwaffe’s bombing seemed largely indiscriminate and designed to cause as much destruction to life and infrastructure as possible.

The raid began at 7.20pm when marker flares were dropped, closely followed by wave upon wave of bombers dropping high explosives and incendiaries. The Cathedral first caught fire at around 8pm, but was hit many more times during the course of the raid. 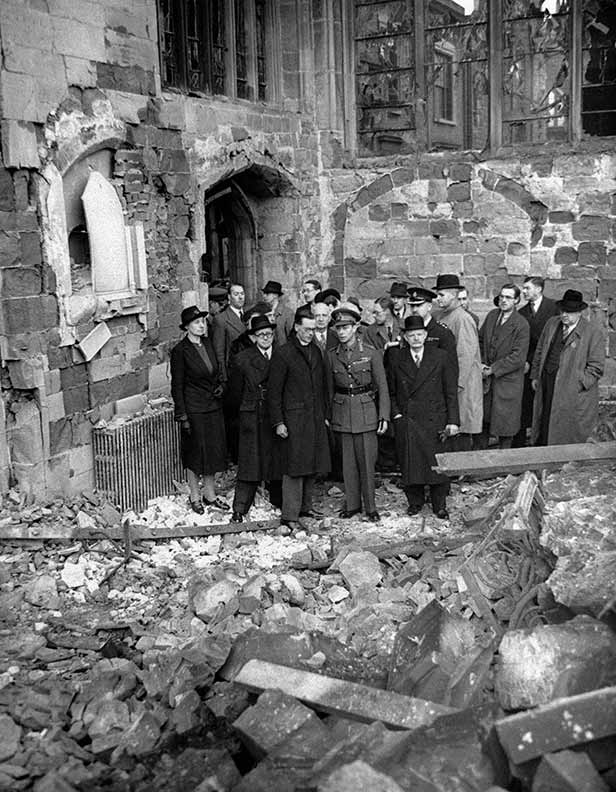 Though Cathedral staff and firemen were on hand to try to save the building, they were quickly overwhelmed, and by 11pm their water supply for dousing the flames had run dry. The all-clear was finally sounded at 6.15am the following morning.

In the wake of the bombing, Cathedral Provost the Very Reverend Dick Howard said: "The cathedral will rise again… and it will be as great a pride to future generations as it has been to generations of the past."

[September 7, 1940: German bombs rain down on London as the Blitz begins]

The Coventry Blitz - Did you know? 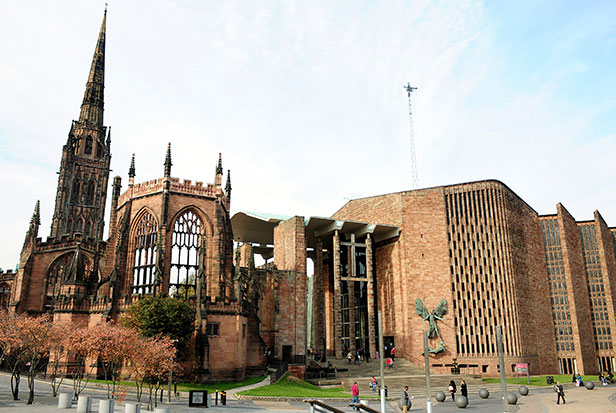