The royal residence and Europe's largest inhabited castle is severely damaged in a 12-hour blaze - the final ignominy of the Queen's infamous 'annus horribilis'.

On November 20, 1992, Windsor Castle - one of the official residences of the British monarch - suffered a massive fire that caused damage estimated at £36.5 million.

As the video above recalls, the blaze began at 11.33am in the Queen’s Private Chapel on the first floor of the castle’s north-east wing. It was found to have been sparked by a 1,000-watt spotlight used by renovators, which was left switched on too close to a curtain.

Due to a lack of firebreaks and fire-stopping materials in cavities and roof voids, the blaze quickly spread into the neighbouring Brunswick Tower and St George’s Hall, the castle’s banqueting space (shown below before and after the fire), and into the private apartments in the eastern wing of the building.

The main fire burned for nearly 12 hours.  Castle staff, tradesmen and soldiers formed a human chain to remove precious furniture, artworks and antiquities from the building, helped by Prince Andrew, the Duke of York, who had been working in the castle when the fire broke out.

Nine principal state rooms were destroyed, with over 100 more being severely damaged – covering around one-fifth of the castle’s area. Restoration works would not be completed until November 1997.

The Windsor Castle fire – Did you know? 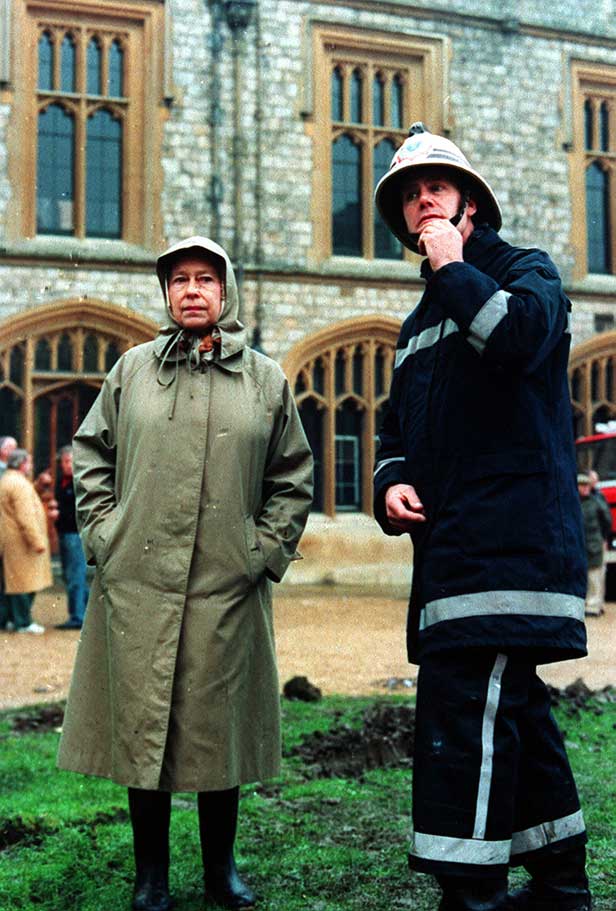