Tragedy struck a Welsh mining village 50 years ago when thousands of tonnes of colliery waste roared down a hillside and crashed into a school, killing 116 children and 28 adults.

At 9.15am on the morning of this day in 1966 the small Welsh mining community of Aberfan was changed forever, when thousands of tons of waste from a coal tip poured down a hillside and engulfed a school and several homes, killing 144 people – 116 of them children.

The disaster occurred on the last day before half term, and only minutes after the pupils at Pantglas Junior School had returned to their classrooms after morning assembly.

As the video above explains, waste material from the nearby Merthyr Vale colliery – known as ‘spoil’ – had been deposited on the slopes of Mynydd Merthyr, a broad ridge of high ground above the village containing numerous underground springs, for around 50 years. 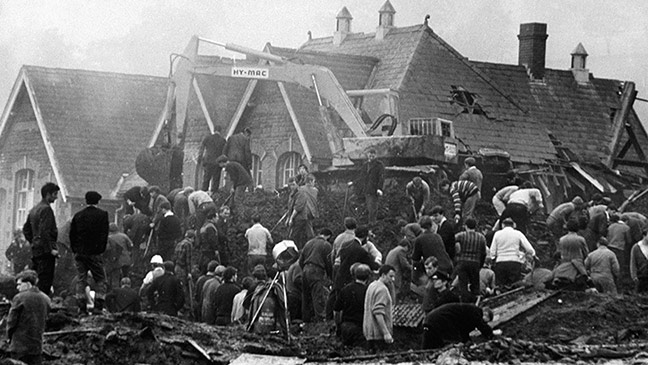 Unusually heavy rain had caused the waterlogged spoil to come loose and run down the hillside at increasing speed.  In a matter of seconds, over 40,000 cubic metres of slurry smashed into the side of the school, filling classrooms with a wall of mud and rocks as deep as 10 metres in places.

Hundreds of villagers rushed to the scene, some mothers frantically clawing at the mud and waste with their bare hands in a desperate attempt to find any survivors. Miners from local collieries arrived in their droves to help dig through the rubble, but no survivor was recovered after 11am.

By the following day, 2,000 emergency service workers and volunteers were involved in the rescue operation, of whom many had worked continuously for over 24 hours; despite this, it was nearly a week before all the bodies were recovered.

All the children who died – nearly half of the pupils at Pantglas – were between the ages of seven and 10. Most of the victims were buried at a joint funeral at the village’s Bryntaf Cemetery on October 27 (pictured above), which was attended by more than 2,000 people.

The Aberfan disaster – Did you know? 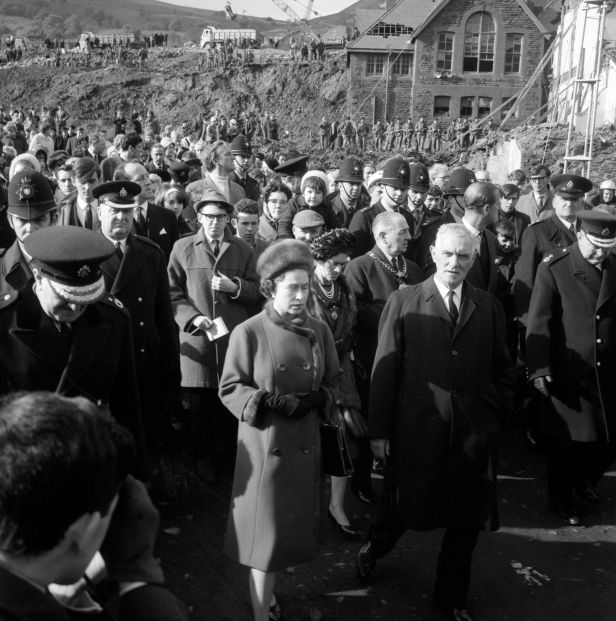