T. Rex frontman Marc Bolan, a leading light of the glam rock movement of the 1970s, died when his Mini left the road near Barnes in south-west London.

The pop star Marc Bolan, who had been one of the leading lights of the glam rock movement in the early 1970s, was killed in a car crash in south-west London on this day in 1977.

The 29-year-old, who had had four UK number one hits as frontman of the band T. Rex, was killed instantly when the car being driven by his girlfriend, Gloria Jones, left the road and hit a reinforced steel fence post.

Jones, an American soul singer, lost control of the couple’s car, a purple Mini, as she tried to negotiate a humpback bridge on Queen’s Ride, Barnes. She suffered a broken arm and broken jaw and was taken to hospital unconscious, unaware that Bolan was dead. 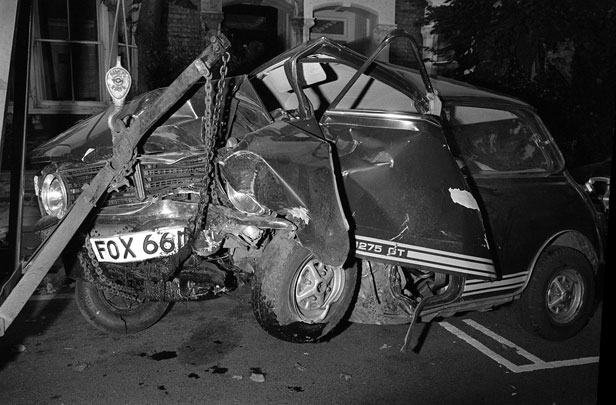 The guitarist and songwriter – born Mark Feld – was expelled from his school at the age of 15 and was briefly a member of pop-art band John’s Children, before forming the psychedelic folk duo Tyrannosaurus Rex with percussionist Steve Peregrine Took at the end of the 1960s.

After Took was replaced by Mickey Finn and Bolan swapped acoustic guitar for electric, a rhythm section was recruited and the band (now known simply as T. Rex) found its signature sound with hits such as Hot Love, Get It On and Metal Guru. 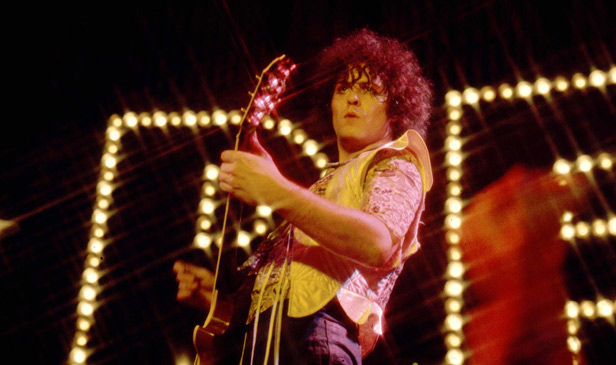 Though the top 10 singles had dried up, Bolan continued to record and perform and had recently completed a series of his own television show, called simply Marc, in which he interspersed his own songs between performances by up-and-coming new bands.

Bolan’s funeral was held at Golders Green Crematorium in North London, and was attended by rock and pop luminaries including Les Paul, David Bowie, Eric Clapton, Rod Stewart and producer Tony Visconti. The site of his crash is now a shrine, complete with a bronze bust of the singer.

Marc Bolan – Did you know?