The most famous men’s 100m final in the history of the Olympics became the most infamous when Canadian sprinter Ben Johnson was found guilty of taking steroids.

When Ben Johnson of Canada and Carl Lewis of America met on the starting line of the men’s 100m final at the Seoul Olympics, it was the most-hyped race in Olympic history.

The two were already each other’s greatest rival. Lewis was the defending Olympic champion, having won the 100m gold at Los Angeles in 1984 (along with three other gold medals). But Johnson had beaten him in six out of seven of their previous races – and was the current holder of the world record, which he’d set at the 1987 World Championships.

An estimated 100,000 people crammed into Seoul’s Olympic stadium to watch the showdown. "When the gun go off, the race be over," Johnson had predicted – and he wasn’t wrong.

Although his start was only a fraction quicker than his arch rival’s, Johnson left Lewis and the rest of the pack far behind in a race which didn’t just live up to its hype but exceeded it. The Canadian set a new world record of 9.79 seconds – beating his own one – shot his right arm in the air in celebration, and ran a lap of honour. 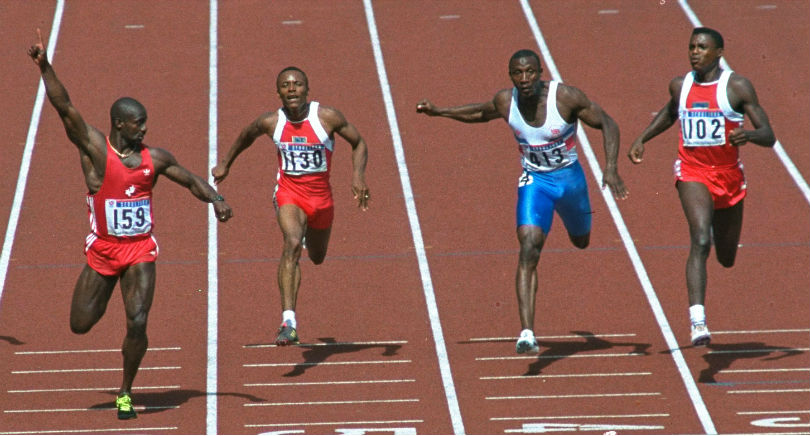 “I didn’t think for one moment I was going to lose that 100m final until we crossed that line,” Carl Lewis said years later. “I went over to congratulate him and he pulled his arm away – he wouldn’t even take my handshake.”

It was hailed as ‘the race to end all races’ and Canada was overjoyed about its new Olympic hero. Canadian prime minister Brian Mulroney telephoned Johnson on live TV to thank him for “a marvellous evening for Canada” – but within days, he was back on television talking of “a moment of great sorrow for all Canadians”.

Because two days after the race came the news which, as one senior IOC official put it, “stopped the Olympics dead”.

Hosting the BBC’s live Olympic coverage, Des Lynam told viewers: “I’ve just been handed a piece of paper that, if it’s right, will be the most dramatic story out of these Olympics or perhaps any others.

[August 18, 1964: South Africa is banned from the Olympic Games over apartheid regime]

“It says: ‘Ben Johnson has been caught taking drugs and is expected to be stripped of his 100m gold medal, according to International Olympic Committee sources.’”

Johnson's urine had tested positive for the banned anabolic steroid stanozolol. The IOC did indeed strip him of his gold medal – and his world record – and awarded the gold to Lewis, with Britain’s Linford Christie getting silver.

Ben Johnson had gone from hero to zero – and was sent home to Canada in disgrace. 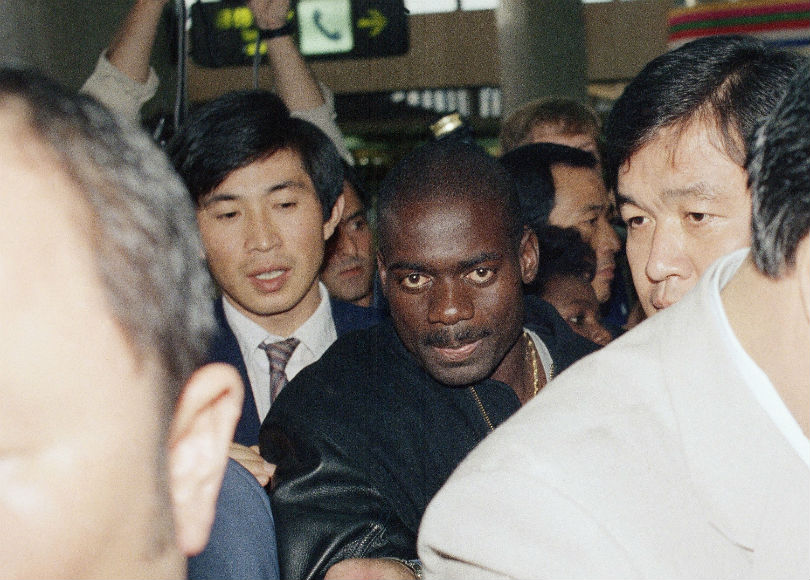 “The mood in the village is not one of shock, because Ben Johnson is one of the athletes who’s been under a cloud of suspicion for a long while, as has his coach Charlie Francis,” reported the BBC’s Ron Pickering from Seoul. But Linford Christie admitted he was “very, very shocked about it. Not just for Ben but for the sport. It’s been a very sad day for athletics as a whole.”

Although he later admitted to taking steroids for eight years, Johnson insists that he was innocent of taking banned substances at the 1988 Olympics, and that he was sabotaged by someone spiking his drink at the anti-doping centre in Seoul.

But he is contrite. “There were many dark days,” he later said. “The whole world painted me as a loser, and a cheater, but I wasn’t alone when it came to the cheating. There were others. Everybody was doing it. People know this now, but back then the media made it look like I was the only one. It was hard. It tested me, but God gave me strength.”

The 1988 Summer Olympics - Did you know?
Print this story
Back to top