Hottest on record: When was the UK’s hottest summer?

We're all set for the hottest day of the year, but predicted temperatures of 28 degrees are nothing compared with the UK's hottest days of all time.

The cold and windy winter that brought us the Beast from the East seems to be over as mercury is projected to hit the high twenties in Britain over the next few days. But while we'll be basking in the spring heatwave, it'll be nothing compared with the hottest days ever recorded in the UK.

It's 42 years since the country enjoyed - though some say endured - the hottest summer in more than 350 years of records. 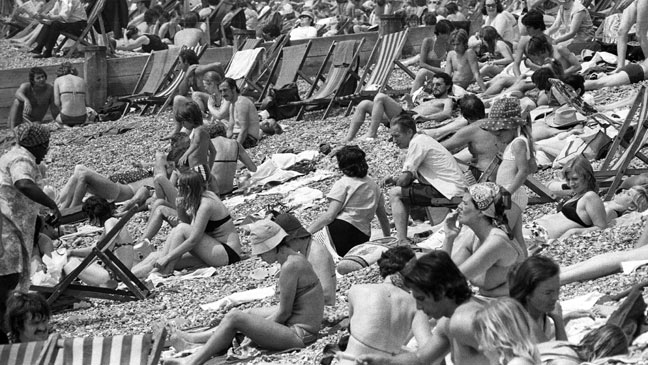 In 1976 the Central England Temperature (CET) between June and August averaged 17.8C. According to the Met Office, the average maximum temperature was 20.96C.

The heatwave set in around June 20, 1976, as high pressure built across southern Britain after an unsettled spell mid-month. In the week that followed, the high pressure system built extensively across the UK, and the heat expanded north and west to envelop much of mainland Britain.

[Heatwave: How to cope if you’re running the London Marathon this weekend]

The hottest period occurred between June 23, 1976 and July 7, when for 15 consecutive days the temperature topped 32C (90F) every day at one or more stations in England. 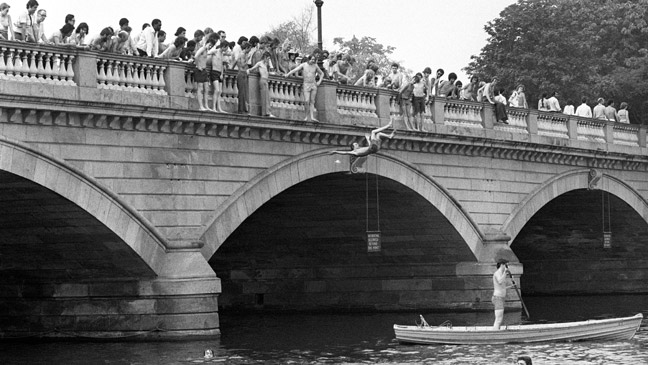 It was during this period that the UK's all-time June temperature record was set, with a high of 35.6C recorded in Southampton on the June 28, 1976.

[Read more: Heatwave: How to survive the hot British weather]

However, the mercury climbed yet further in early July, with Cheltenham recording 35.9C on July 3, 1976 - the highest temperature recorded during the heatwave.

There had been less-than-stereotypical British weather with rainfall well below average since the previous spring in 1975.

Dorset and Devon were among the driest areas, where no measurable rain fell for 45 days in places. The diminishing water supplies led to the passing of a Drought Act, and water rationing and use of standpipes ensued. 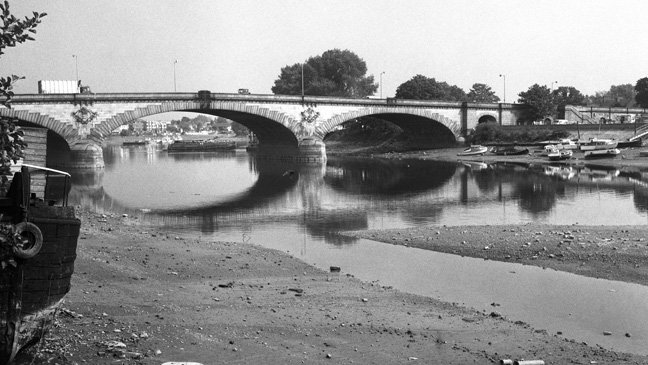 In south-east Wales, conditions were so severe that supplies were cut off for 17 hours a day for up to 11 weeks, and 70 companies in the area were ordered to halve water consumption.

The harsh conditions took their toll on agriculture, with £500 million worth of crops destroyed, resulting in soaring food prices.

Subsidence was also a problem as the ground became increasingly parched, and insurance claims soared to £60 million.

At the time it was England and Wales's driest summer since records began in 1766; June to August rainfall averaged just 74mm, a record since surpassed by the dry summer of 1995.

Flybe confirms it was given tax holiday by HMRC to avoid collapse
Boris Johnson has no wish or intention to meet with us, say Harry Dunn’s family
Martin and Gary Kemp to star in mockumentary about lives and careers
Yes Minister star Derek Fowlds dies aged 82
Latest news headlines

Boris Johnson has no wish or intention to meet with us, say Harry Dunn’s family

In Pictures: William and Kate head north for first engagement of the decade

In Pictures: Archive images reveal how modern Britain was built

In Pictures: Chalk another one up: London Zoo launches animal audit

How the world welcomed the start of a new decade

In Pictures: UK and Ireland ring in the new year with a bang

In Pictures: A decade of the royal family