8 things you didn’t know about Winston Churchill and technology

Gary Oldman has earned an Oscar nomination for playing the wartime PM who died on this day in 1965. Discover how Churchill pioneered scientific and technological breakthroughs.

In the film The Darkest Hour, Winston Churchill is seen battling his own party and the seemingly imminent Nazi invasion in the run up to the rousing speech 'We shall fight on the beaches'.

But one side of Churchill, who died on January 24, 1965, you might not be aware of is his fascination with science.

His interest was more than just a hobby – thanks to his passion, science and technology became priorities for the British government, and, naturally, increased funding led to breakthrough after breakthrough.

This is a letter he wrote to GPO (BT's forerunner) workers in July 1940, after the evacuation of Dunkirk, asking them to maintain a "spirit of alert and confident energy."

1. He was the first prime minister to insist on a scientific adviser

It didn’t even occur to his predecessors to be in constant contact with a scientific expert, but Churchill understood the power of science. As such, he was the first premier to have a dedicated scientific adviser at his beck and call. Under Churchill, scientists were given unprecedented access to the government and to funding.

2. He was inspired by science fiction

Churchill was a close friend of sci-fi author HG Wells. Churchill said that Wells’ book The Time Machine was “one of the books I would like to take with me to purgatory”. His love of sci-fi inspired some of his more outlandish ideas, including aerial mines and an aircraft carrier that was made from an iceberg – ideas Churchill described as ‘funnies’.

3. He invented a rolling, rocket-powered bomb that didn’t work

Perhaps the craziest of Churchill’s ‘funnies’ was the Panjandrum. It was essentially two huge wheels packed with explosives, and powered by rockets. The idea was that the rockets would send it rolling towards the German defences on the beaches of Normandy exploding on impact. However, it proved impossible to control, and the idea was dropped.

In a 1931 essay called Fifty Years Hence, Churchill wrote that wireless telephones and TVs would “enable their owner to connect up with any room similarly installed, and hear and take part in the conversation as well as if he put his head in through the window.” How prescient. 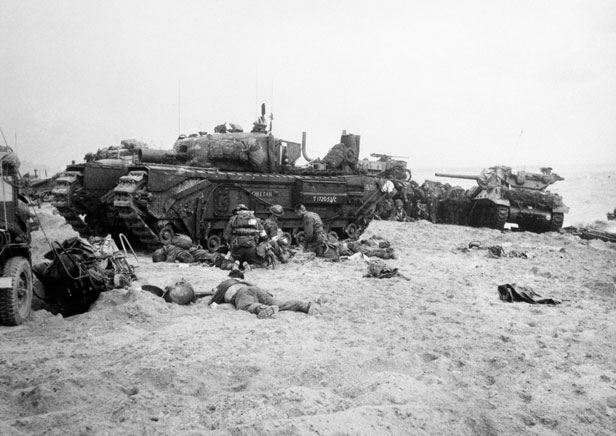 5. He foresaw the nuclear age

As early as 1914, Churchill was already speaking about the potential of atomic bombs. In an article in The Strand Magazine in 1931, he predicted that scientists would soon be able to harness nuclear energy as a weapon, and that “explosive forces, energy, materials, machinery will be available upon a scale which can annihilate whole nations.” These “tremendous and awful” powers would pose one of mankind’s greatest challenges, he added. He was also instrumental in setting up Britain’s nuclear project.

6. He pioneered the use of tanks

Once Churchill’s friend HG Wells had showed him the importance of tanks in combat, Churchill became a huge advocate of the vehicles. He was even known as the godfather of tanks, such was his support. Tanks ended up being instrumental in winning the First World War.

7. He saw the importance of nutritional science

Churchill recognised the importance of keeping soldiers and civilians healthy, and set up projects to devise the best diets and exercise regimes. He also employed two food scientists – Robert McCance and Elsie Widdowson – to test the austere war diet on themselves, combined with the benefits of fell walking in the Lake District. Nice work if you can get it.

8. He invented the onesie

Churchill’s ‘siren suit’ was an all-in-one outfit that designed to be worn during air raids. Similar to a boiler suit in style, it could be put on over nightclothes and kept both adults and children warm on their way to air-raid shelters. Churchill did much to publicise the siren suit, wearing it while meeting such high-ranking officials as US President Franklin D. Roosevelt. 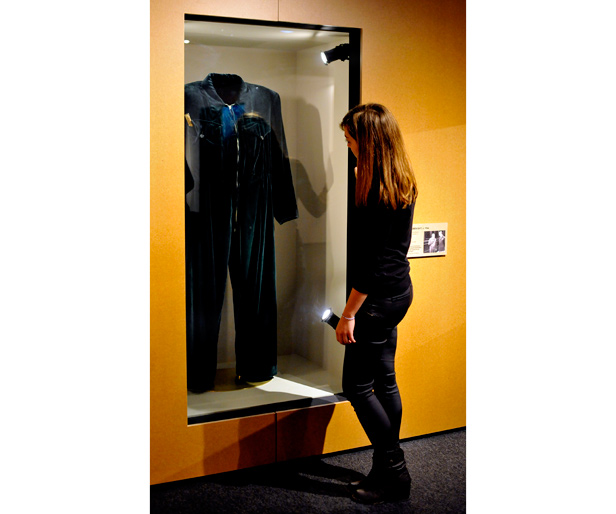 To find out more about the history of British communications, visit BT Archives