A parent’s guide to virtual reality gaming: How much does it cost and is it safe?

From choosing a headset to addressing your safety concerns, we’ve got the lowdown on this new type of entertainment technology.

Virtual reality - or VR - is a technology you might have heard of and it is growing in popularity.

To experience virtual reality, you wear a headset which recreates a virtual environment in which you can look around in 360 degrees, hear sounds and move your hands and feet to interact with the world around you.

Read on to find out more about how VR works and how suitable it is for children. To find out more, Internet Matters has published a guide written by games expert Andy Robertson which is packed with helpful advice.

[Read more: Virtual reality – how real is it?]

Virtual reality: What can you do with it?

Virtual reality has lots of uses. One of the most well known is in video gaming, where it gives players an incredibly immersive experience. Virtual reality games range from exhilarating space combat simulators that see you piloting space ships across the galaxy to classic platformers that let you leap around a world that you can physically explore.

It's also brilliant for entertainment. BT Sport broadcast the UEFA Champions League final in VR and there are apps which let you watch concerts, TV shows and even films in virtual reality.

VR is also a fantastic platform for education, letting adults and children alike feel immersed in the subjects they're exploring, whether that's the bottom of the ocean or inside a Roman city.

If you are curious about VR and want to try it, but don’t want to spend much money, Google Cardboard is a good place to start. Headsets cost under £10 from Amazon, you slot your smartphone in the front (it works with Android and Apple phones) and there are loads of free VR apps in the Google Play Store, including a Halloween ride, the beach and even Star Wars. 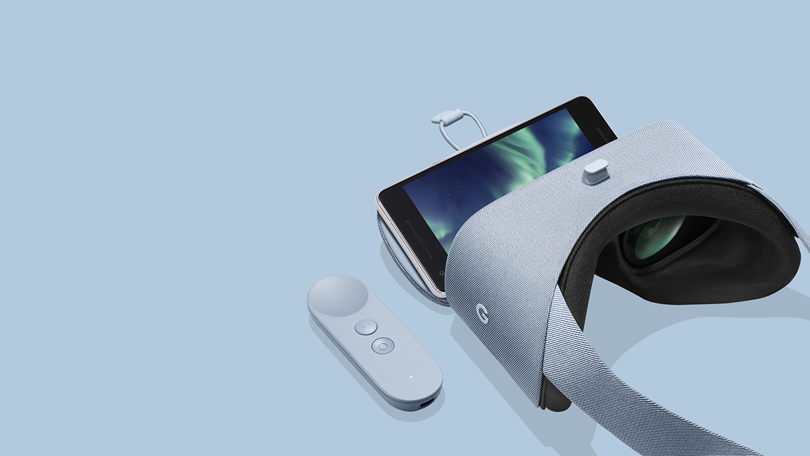 Google’s Daydream View is similar but runs on Google's operating system so apps and games can be downloaded from the Google Play Store. It also works with phones from a range of manufacturers, as long as the phone is Daydream-approved.

Stand-alone virtual reality requires no extra equipment, and everything you need to experience VR is provided inside the headset itself.

The most well-known example of this is the Oculus Go headset which lets you access 1000s of apps and games directly within the headset. It comes with its own controller and has a high-resolution screen and virtual surround sound. 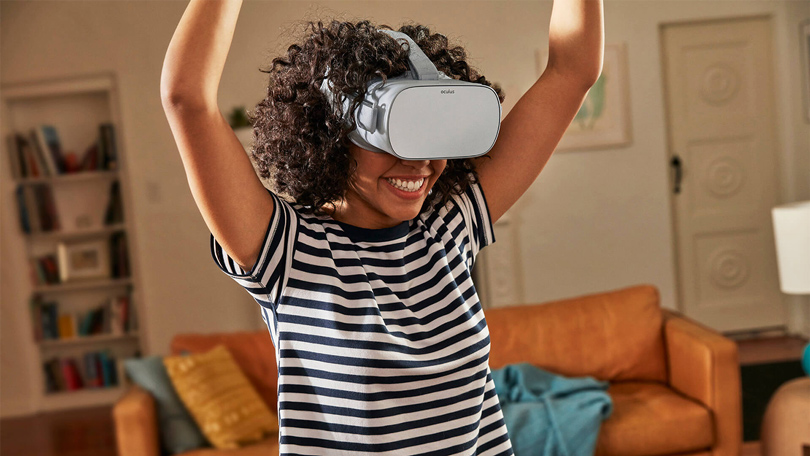 Being able to experience VR without any extra equipment comes at a price though and the Oculus Go costs £199 or £249 depending on the amount of storage you want. It also still requires a smartphone in order to set it up.

This type of virtual reality requires a games console or a powerful gaming PC to run. These headsets provide the most immersive and impressive virtual reality experience but also cost the most. 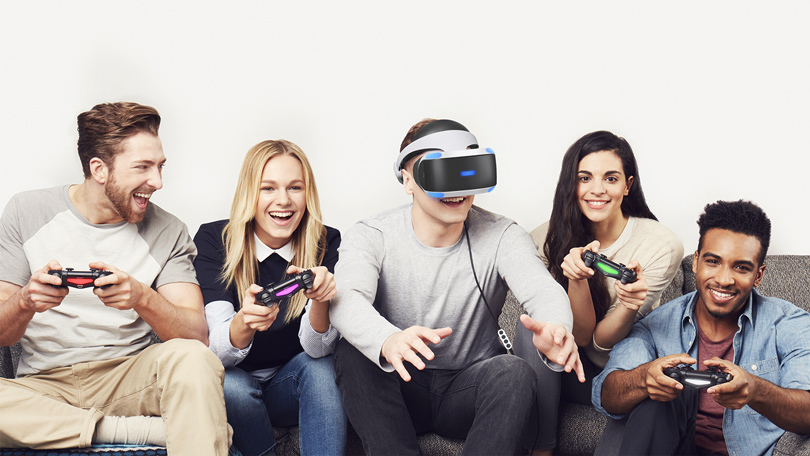 It is primarily designed for games, so unlike the others mentioned above it’s not really designed for watching movies or running interactive apps. That being said there are some fantastic games available which are perfect for kids and families.

Astro Bot VR is a stunning platforming game that lets you control a tiny robot as it explores various worlds. Think Mario in virtual reality and you’re not far off. In addition, Tetris Effect takes one of the most iconic video games and transforms it into an incredible virtual reality experience featuring stunning visuals and a pounding soundtrack.

Nintendo Labo VR is a new virtual reality accessory for the Nintendo Switch games console. You get five cardboard headset blueprints which you then build and each one comes with its own unique mini-game.

The headsets use the screen of the Nintendo Switch while the two Joy-Con controllers are then used as additional accessories. The VR set costs £79.99 however it does also require a Nintendo Switch console which starts at around £230.

The Oculus Rift is perhaps the best-known virtual reality headset and is designed for use with powerful gaming PCs.

It’s uses two special cameras to track the headset and controllers in 3D allowing you to turn your entire living room into a space you can walk around and explore. 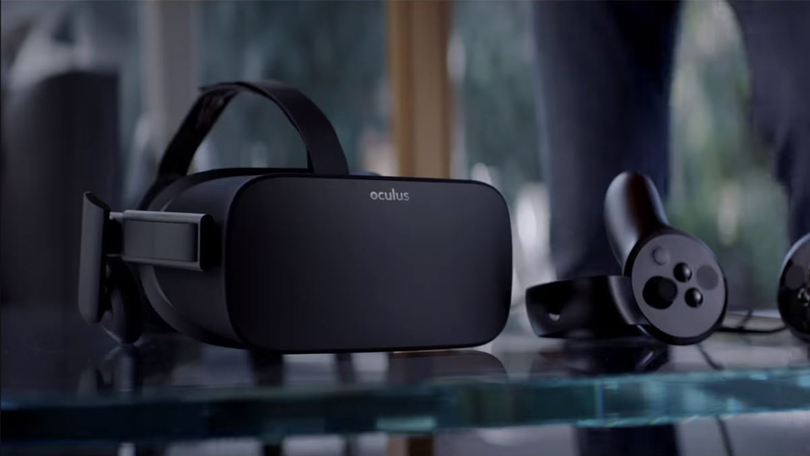 The Rift starter kit costs £399 and comes with the headset, controllers and the cameras. Remember you’ll also need a computer capable of supporting virtual reality and they can start at £800.

The HTC Vive is the other main virtual reality headset for gaming PCs and offers an even more immersive experience thanks to an extremely high-resolution display that makes images seem crystal clear. 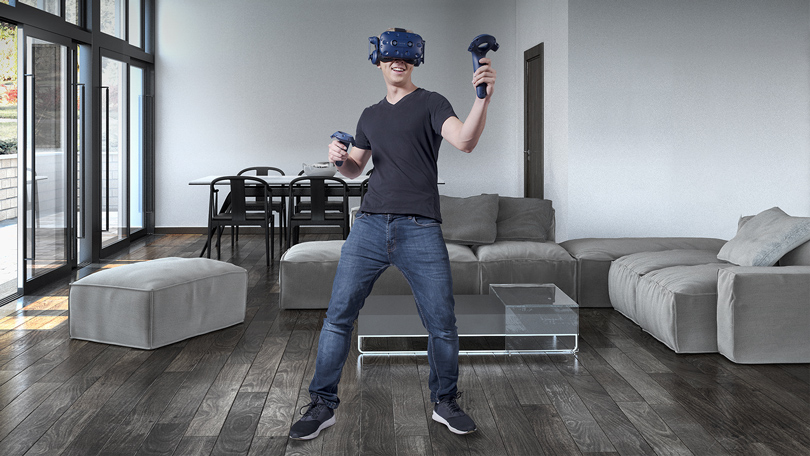 Just like the Oculus Rift, the HTC Vive uses a pair of cameras to track the movements of the player around a room, giving you a much wider area to explore.

Due to its advanced technology, Vive starts at £499 while the Pro version, which has an even higher resolution display, costs £1,299.

This type of virtual reality requires a console to work, which means it’s more expensive, but the graphics and sound are better, creating a more immersive experience.

Is virtual reality safe for children?

Virtual reality is a new technology, so there haven’t been many studies into its long-term effects on children.

It’s an immersive technology that engages your body, eyes and ears and because children are still growing and developing, you’re advised to limit their time using VR. According to the Oculus manual, "Prolonged use should be avoided, as this could negatively impact hand-eye coordination, balance, and multi-tasking ability".

VR  - along with playing video games and watching TV - brings a small (1 in 4,000) risk of seizures, triggered by lights. Some people have reported feeling motion sickness after using virtual reality. 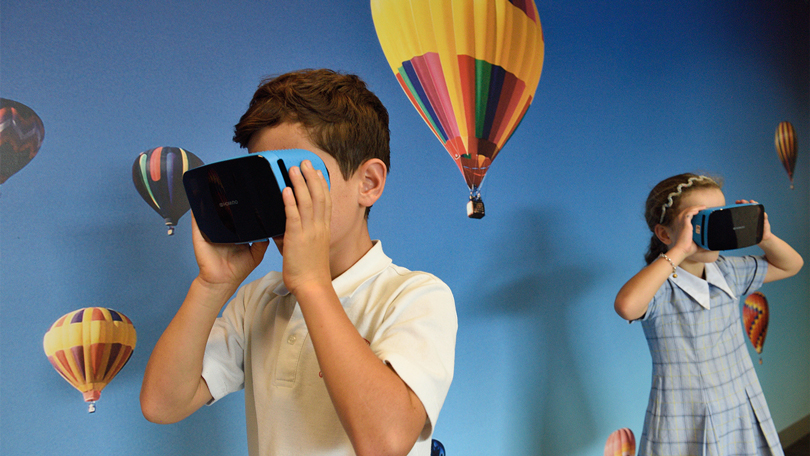 Different manufacturers have different age recommendations, but general advice is that children should be monitored and take regular breaks:

Enjoy VR at home with our fibre broadband

For the most up-to-date information for keeping your child safe online, check out Internet Matters.

Photo by STEMShare NSW on Unsplash