What is Fortnite and are my kids addicted?

Everything you need to know about the hit game sweeping the playground.

There’s a craze sweeping playgrounds up and down the UK, and it’s called Fortnite. It’s a shoot ‘em-up video game that’s proved massively popular. Its heady mix of colourful, cartoonish graphics and run-and-gun gameplay has left some kids addicted.

So what should parents know about it? Which ages is it suitable for? And how do you know if your kids are addicted? Here we’ll explain all you need to know. For more advice on keeping your children safe online BT recommends visiting Internet Matters, which has lots of useful information about issues such as cyberbullying, social media and issues facing children as they use the internet.

It’s a video game in which players make their way through the levels, shooting any baddies in their path. But it’s the spin-off Fortnite: Battle Royale that’s proved to be the really big hit – so far, it’s notched up over 40 million downloads.

Fortnite: Battle Royale is an online multiplayer game that sees 100 characters parachute out of a plane onto an island where they fight each other until only one player remains. There’s no story – instead, players just duke it out using a variety of weapons until one is left standing. The island shrinks as the match progresses, so players are forced closer together, making the action more intense.

Yes and no. The game involves shooting each other using weapons like crossbows, assault rifles, grenade launchers and sniper rifles, plus you can fight using melee weapons like swords, axes, spears and scythes. But it’s not very graphic – there’s no bloodshed, for example, and the cartoonish graphics make it fun rather than gory.

Which ages is it suitable for?

In the UK and Europe, Fortnite has a 12 rating, meaning it’s suitable for children aged 12 and over. In the US and Canada, it has a Teen rating, so it’s deemed suitable for teenagers. You should use your discretion as to what age your kids can play it. Find more information about games age ratings here.

Which platforms is it available for?

Fortnite: Battle Royale is available for the PS4 and Xbox One games consoles, as well as PC and Mac computers. It’s also playable on smartphones and tablets using the iOS app. It will come to Android devices this summer.

How much does it cost?

Fortnite: Battle Royale is free to play on all platforms. There’s also the full story game (known in gaming terms as the campaign mode) – this sees you play through levels, and is generally what you would consider to be a more traditional video game. This costs between £34.99 and £49.99, depending on whether you want the Standard Edition or Deluxe Edition (which comes with more characters and weapons).

But beware. All versions of the game include in-game purchases, letting players pay one-off fees to unlock extras like more levels, characters and weapons. As a result, you should secure your device or computer against these before letting your kids loose on it, and keep an eye on your bank balance to make sure they’re not spending money behind your back.

Find out how to make shared devices safe for kids to use online here. 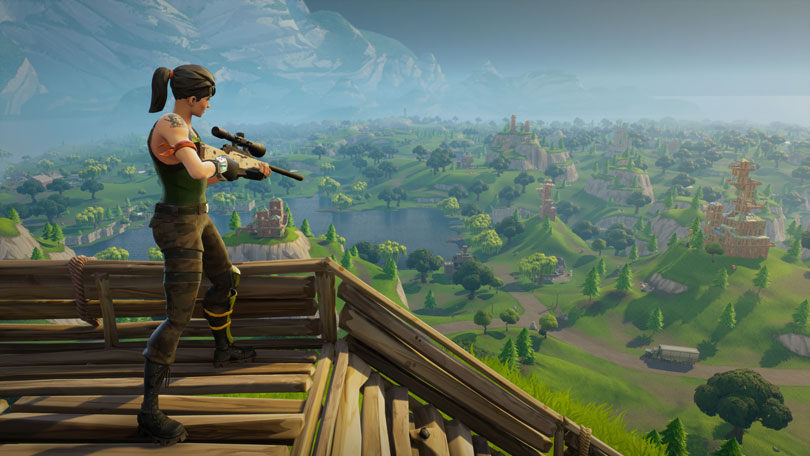 It seems like it. Not only is the gameplay fast and frantic, the game has a quirky sense of humour – players can don a range of ridiculous costumes like space suits and dinosaur outfits. You can also perform dance moves during the game (one of which – The Floss – has become a worldwide phenomenon).

Because you’re playing against human opponents instead of predictable, computer-controlled characters, each game is different, which keeps it fresh.

Players can team up with their friends and play as a squad. And with new items, features and play modes arriving almost every week, there’s plenty new to get your teeth into.

It all adds up to a game that’s a hit with kids and adults alike.

How do I know if my kids are addicted?

Because of the social element, lots of friendship groups spend a lot of their spare time practising and talking about the game. It’s natural for your children to want to fit in and become good at the game. You should only worry if they become obsessed with it, and it fills their every waking moment: like any obsession, it can be unhealthy.

There’s also the danger of them staying up past their bedtime in order to play against players in the US time zone.

You can stop them becoming addicted by limiting how long they play. Not letting them have phones and tablets in their bedrooms can also stop them staying up late, which will affect their school work and is bad for their health.

The game lets players communicate, so use the settings to make sure they’re not talking to strangers.

For more on keeping your kids safe while playing Fortnite, read this guide to safe gaming.

For a comprehensive and easy-to-use resource of the most up-to-date information for keeping your child safe online, check out Internet Matters.

Internet Matters.org was founded by BT, Sky, TalkTalk and Virgin Media and helps parents to ensure their children learn, create, share and have fun online whilst staying safe.

Research conducted by Internet Matters revealed that 74% of parents want more information and advice about online safety. To meet this demand, Internetmatters.org has been created as a one-stop hub, directing parents to valuable help and advice from the leading experts at organisations and charities in the child internet safety field.