What is PUBG? All you need to know about the latest gaming phenomenon

The lowdown on the latest game sweeping playgrounds up and down the nation.

Playground crazes can be hard to keep up with. One minute it’s fidget spinners, the next it’s Fortnite. And if you’re not up on the latest one, you’re playing catch-up.

The latest fad is PUBG (short for PlayerUnknown’s Battlegrounds), a computer game that lets you compete with players all over the world, which has recently passed 100 million downloads. If you’re already scratching your head, don’t worry, here's everything you need to know about it so you know exactly what your kids are talking about.

[Read more: What is Fortnite and are my kids addicted?]

It’s an online multiplayer shoot ‘em-up, just like Fortnite. It’s made by PUBG Corporation, a subsidiary of South Korean videogame company Bluehole. Like Fortnite, players find themselves parachuting into a battle zone where they face a fight to the death against other players. Because it’s an online multiplayer game, these players could be playing from anywhere in the world.

How does PUBG work?

In single-player mode, there are no real rules to speak of. The aim is to kill opposing players – it’s every man for himself. But in team mode, players form teams of up to four. The aim is then to wipe out the other teams, and the last player or team left standing is the winner.

What weapons can you use in PUBG? 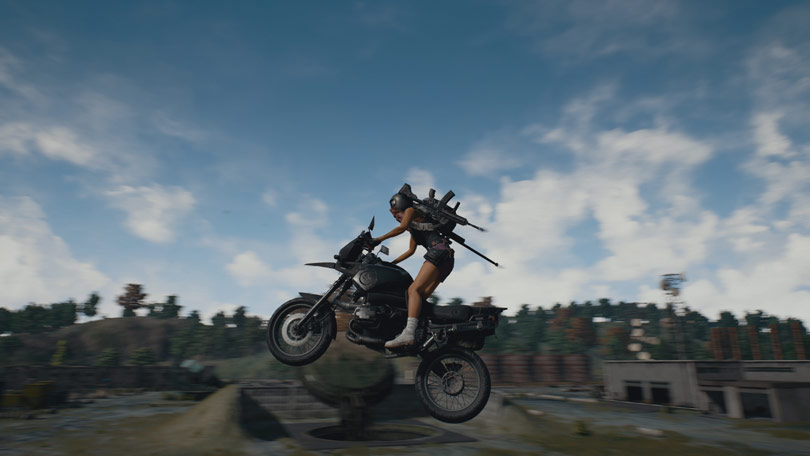 Players can use a range of weapons including sniper rifles, submachine guns, shotguns and pistols. But there are also melée weapons like a comedy frying pan. Players start each game unarmed and have to find weapons within the battle zone. They can also take command of a range of vehicles like cars and motorbikes and find armour and other equipment. You can also loot dead players for their equipment.

Why does the battle zone shrink in PUBG?

Every few minutes, the battle zone shrinks towards a randomly chosen location – players outside the safe area will take damage incrementally and will eventually die if they don’t move within the new boundary. This has the aim of moving players closer together, and increasing the chances of combat as players have no place left to hide or nowhere to run. This ensures that games don’t go on too long, especially in the latter stages as fewer players remain and the battle zone is less busy.

Which devices can play PUBG?

PUBG is available for Windows PCs and Xbox One, and is planned to come to the PlayStation 4. There’s also a version called PUBG Mobile for Android and iOS devices.

How much does PUBG cost?

PUBG doesn't cost anything to play on mobile, but there are in-app charges - so you may want to turn off in-app payments on your phone. It costs around £25 on Xbox One and £26.99 on Steam for PC.

Is it similar to Fortnite Battle Royale?

It's very similar, but as PUBG came out first, we should say that Fortnite is similar to PUBG, with elements like the shrinking battle area and parachuting out of the plane to start each game. PUBG Corporation did file a lawsuit against Epic Games Korea (the maker of Fortnite) in January 2018, alleging that Fortnite Battle Royale infringed the copyright of PUBG, alhough the suit was closed by PUBG in June of the same year for undisclosed reasons.

What age rating is PUBG?

The PUBG mobile game has a 16 rating, as does the Xbox version. In May 2018 the German games regulator the USK, changed the rating from 18 to 16. On Common Sense Media it has a 12+ rating from parents and children - the reviews are well worth checking out.

PUBG is an online game, so it's worth being aware of some of the issues children can face when gaming online, find out more.

[Read more: Everything you need to know about Fortnite Season 4]

Internet Matters.org was founded by BT, Sky, TalkTalk and Virgin Media and helps parents to ensure their children learn, create, share and have fun online whilst staying safe.

Research conducted by Internet Matters revealed that 74% of parents want more information and advice about online safety. To meet this demand, Internetmatters.org has been created as a one-stop hub, directing parents to valuable help and advice from the leading experts at organisations and charities in the child internet safety field.