Windows 7 vs Windows 10: How do the operating systems compare?

Worried Windows 10 is a change too far? Let's take a look at what's really different between the latest OS and Windows 7.

Many have held back from updating to Windows 10 because they're afraid of technical problems, don't like the Windows 10 user interface or are concerned some features may be missing. To dispell any confusion, we’ve compared some of the main features of Windows 7 with their Windows 10 equivalents.

[Read more: How to make Windows 10 look and feel a little more like Windows 7] 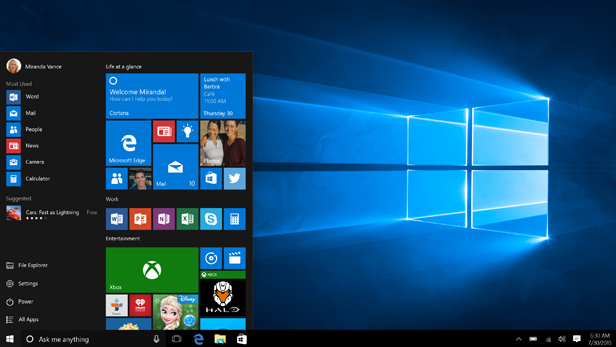 The overall design of Windows 10 is the most striking difference to Windows 7. Everything has become flat, colourful and squared, unlike Windows 7 which was a bit glassy, rounded and used some gradients.

Icons have also been simplified, but not beyond the point of recognition – again swapping the rounded look for something flat.

It may be a shock to the system at first, but you’ll quickly get used to the design. However, there are ways to bring a taste of Windows 7 to Windows 10, which you can find here. 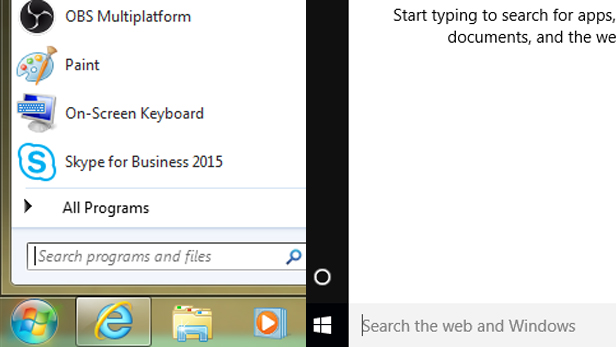 On Windows 7 you’ll be used to clicking the Start Button and searching for content on your PC that way.

On Windows 10, it’s all about Cortana – Microsoft’s digital assistant which began life on Windows Phone.

You can’t really miss Cortana – it’s right next to the Start Button. And it does much more than search your PC, it also search the web. As previously stated, Cortana is principally a digital assistant though so on top of handling all your searches; it’ll keep track of your dates and events with alerts. To find out more about Cortana and how you can get the most out of it, click here. 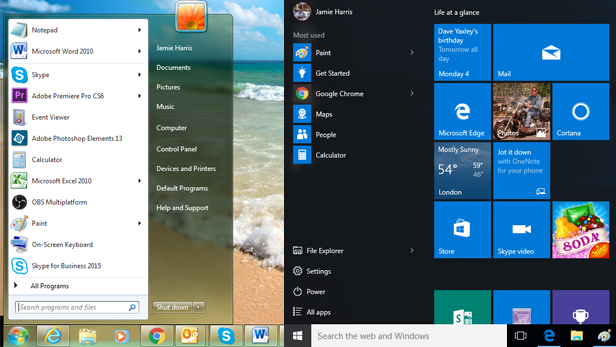 The Start Menu is a staple of Windows that people have strongly defended after it was replaced with a Start Screen back in Windows 8.

Microsoft realised the error of its ways and brought the Start Menu back for Windows 10. However, it’s a lot more interactive than what we had on Windows 7. You can still see lists of software and files, but alongside them are Live Tiles of apps. These can be changed for apps you use more frequently, making life a little easier than in Windows 7. However, these changes haven’t stopped gremlins from causing issues on some machines but it’s not a universal problem. If you are having problems with the Start Menu, we’ve got some great fixes here. 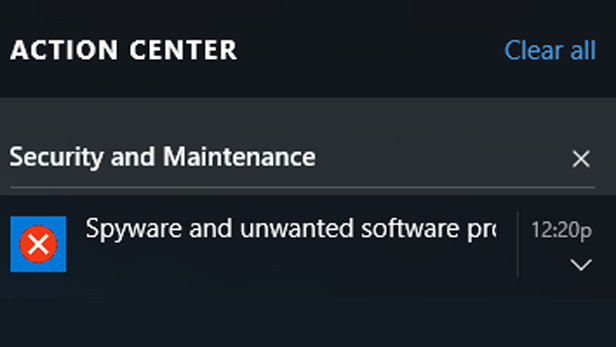 The Action Center in Windows 10 is quite different to the one we know of in Windows 7. It basically keeps hold of your notifications, whether it’s about your connectivity or an email. Unless you’re running software for email such as Outlook on Windows 7 you won’t get an email alert. System alerts for things like security popup on Windows 7 and disappear after several seconds – at least with Windows 10 you can open the Action Center to get it back before they’re gone.

When you open the Action Center you also get a load of options you never had before, such as battery saver mode and tablet mode – the latter probably isn’t useful if you’re upgrading from Windows 7 as it’s likely that you’re using a standard desktop PC or laptop.

Find out how to get the most from Action Center. 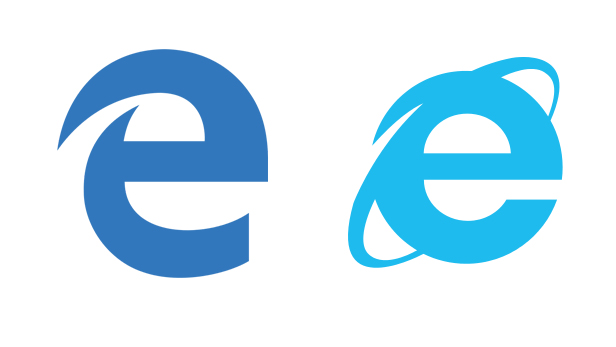 All the web browsers you know from Windows 7 work in exactly the same on Windows 10, but Microsoft has thrown a new browser called Edge into the mix.

You can’t get Edge on older versions of Windows either, so you’ll have to go for Windows 10 if you want it. It features a clean new look, as well as a tidy area for downloads, history, favourites and a reading list – we’ve got a full explainer on the Edge browser right here. 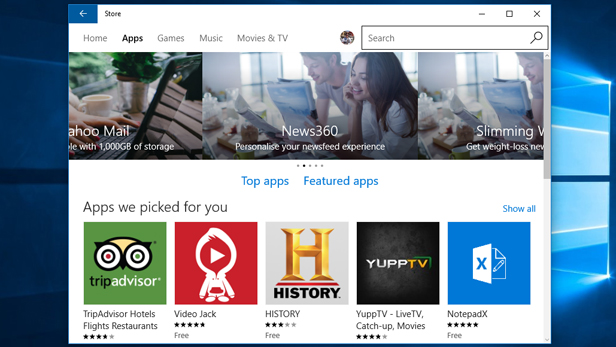 Apps came about for smartphones and tablets as smaller versions of the larger applications we use on desktop PCs, but since Windows 8 we’ve been able to use them on desktops too.

For Windows 7 users upgrading to Windows 10, this is all a bit new. There’s a Windows Store available on Windows 10 where you can download an array of apps. We’ve got a guide to installing apps using the Windows Store right here if you’re new to it.

The apps are great for using things like Facebook, because it makes accessing the social network quicker and easier. There are so many apps to choose from too, whether you’re looking for news or games – many of which are free.

On Windows 7 you’re confined to the standard applications available on all Windows platforms – which aren’t necessarily bad, but lack the convenience of apps from the Windows Store.