How much data do I use when I’m streaming TV and films or playing online games?

Find out how long your broadband usage allowance will last when you’re watching TV and films or playing games online, and discover how you can keep track of it all.

Catch-up TV, high-definition movies and even little YouTube clips can use data, If you’re on a broadband account with a monthly data allowance and stream a lot, it's easy to accidentally go over your allowance. For BT Broadband users, it’s easy to keep track of your usage.

But what’s using all that data? Streaming figures are approximate and vary, as a basic rule, fast-moving sports and action take up a bit more of your data than slow-moving video like soap operas and cookery shows. Films are often bigger in terms of data than TV programmes, because they’re streamed at a higher quality.

[Read more: Discover the advantages of upgrading your broadband]

The BBC’s iPlayer is the most popular catch-up and streaming service in the UK. An hour of TV will take up about 644MB of your monthly data allowance if you’re watching in standard definition, and it’s the same on the ITV Hub, All4 and My5.

BT's Superfast Fibre Essential plan comes with 30GB of data, so if you stream an hour of catch-up TV a day, you would use around 20GB of your allowance in a month.

How much does high-definition use?

A high definition download or video stream uses more data. This won’t be a problem with the ITV Hub, All4 or My5, because they don’t have high definition options for online streaming over the web.

If you’re using the BBC iPlayer, Netflix or Amazon Prime Video, you can choose to stream in HD or standard definition. Choose the later and not only could this help to stretch out your download limit, it lets more than one person watch video at the same time.

Netflix states streaming an episode of The Crown in HD uses up to 3GB, so to reduce the amount of data used, swap to a lower-quality stream.

Will 4K and Ultra HD fill my data allowance?

Ultra HD (or 4K) looks stunning, but the good news is that tech improvements mean that 4K and Ultra HD only use about double the data to show four times the detail on your TV screen. Even so, you’ll only get a taste of the good stuff before you run out of data without an unlimited broadband plan.

It takes about 10GB to watch an entire Ultra HD football match on the BBC iPlayer, and that’s without extra time. Even an hour with Better Call Saul on Netflix will cost you 7GB an hour according to Netflix.

Video-sharing sites like YouTube and Vimeo offer a range of video quality for different devices, from a smartphone screen to an Ultra HD TV. This makes it hard to point at one figure for how much data you will use, but they’re generally less than streaming from Netflix or BBC iPlayer.

A basic YouTube video stream will take about 429MB of data, but it won’t look too great on a big TV. On the other hand, you can easily watch a lot of video through Facebook and other websites, where it starts playing automatically.

The good news for BT TV subscribers is that you can watch a lot of TV and films without worrying about your usage allowance, especially on your TV if you've taken a BT TV subscription of 12 month of more.

BT TV channels and anything you watch on demand from the BT Player is excluded from your allowance. This includes viewing on your YouView box, your computer, smartphone, or a tablet via the BT TV app over wi-fi. If you have a YouView box and BT Broadband, then watching the free catch-up services or Netflix will not affect your broadband usage – provided it’s on the YouView box.

If you use watch live TV on the BT TV app on your smartphone over 3G/4G you will use data - around 100Mb for 10 minutes, so use wi-fi or ensure you have enough data.

And finally, if you’ve had a BT TV subscription for at least 12 months – even if it’s now finished – then any on-demand or catch-up TV programmes you watch will be excluded from your allowance.

[Read more: Which broadband package do you need?] 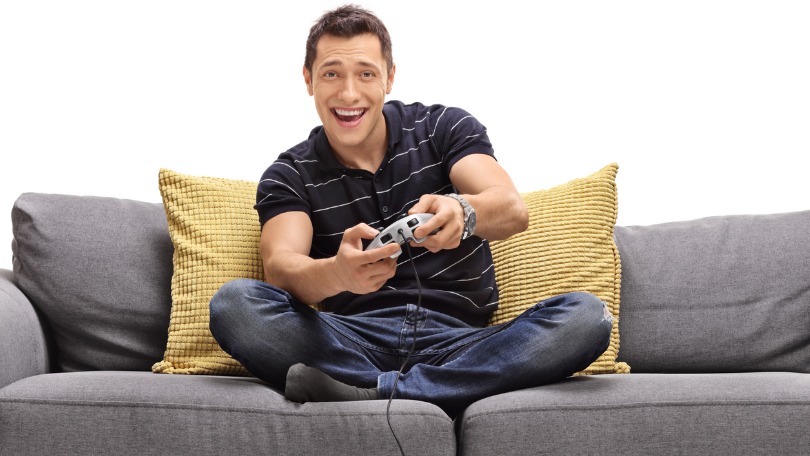 Online gaming: a little data but a lot of hours

Playing online games uses up a lot less data than TV, but people tend to spend a lot more time playing them than they do watching TV. It also hard to pin down specific figures for games' data usage, because some games need to share a lot more data than others.

As a rule of thumb, allow about 43MB for an hour of online gaming. If that’s all you do in a month, you could spend 300 hours raining hot metal in World of Tanks – that's 12-and-a-half days!

How can I see how much data I'm using?

If you’re worried that you're using too much data, you can stay on top of your usage online or even through your smartphone. Just log in to your account at www.bt.com/mybt or download the free My BT app from iTunes or Google Play.

You can see how much data you’ve used this month, check if you’ve made any phone calls outside your calling plan, and if you have BT TV you can see what TV shows and movies you’ve rented. If a bill needs paying, you can pay it securely online or through the My BT app.

BT Broadband customers? Log in for your personalised offers