Do you need a smart display? Discover more about the screen that can talk to you

Inside the next generation of monitors that can be controlled with your voice.

Smart speakers are speakers that connect to your home wi-fi network. This lets them stream music from the internet – but that’s only the start of their skills. Many – like the Amazon Echo or Google Home – contain personal assistants which can be summoned just by speaking. Say a trigger word, and it’ll spring to life, ready to answer your questions, carry out your commands or play music for you at your command.

[Read more: Set-by-step guide: How to set up your Amazon Echo]

It’s all part of the smart home ecosystem. With other devices connected to your home wi-fi, you can control them from your smart speaker (and now your smart display, too).

Your wi-fi is at the heart of the smart home, so make sure you have a robust broadband connection so everything runs smoothly.

What is a smart display?

A smart display looks just like a small screen that you place somewhere in the house, much like those digital photo frames that were popular a few years ago. The difference is, these ones are connected to the internet, and have smart assistants built in. Which gives them all sorts of superpowers…

What can a smart display do?

Lots. Anything a smart speaker can do, a smart display can too. So it can read you the news headlines, weather reports, sports reports and ebooks, stream music from internet services like Spotify and Deezer, set timers, alarms and calendar reminders, and call and text people from your contacts book. They can also control your smart devices like lights and thermostat.

But because smart displays have screens, they have all sorts of other capabilities…

You can see your calendar, for example, instead of just having your smart assistant read you your day’s schedule. That means you can see at a glance when you’re busy. A smart display can also make video calls, with a screen much bigger than your phone’s. And it can link to your smart doorbell and security camera to show you a live video feed of who’s at your doorstep.

They can also show you a slideshow of your family photos, which is much more interesting – and less cluttered – than a load of static snaps on the wall. And you can watch videos on them from the likes of YouTube, which will be very handy when following a recipe in the kitchen.

At the moment, the only smart speakers available are compatible with Google Assistant and Amazon Alexa. But we’re sure other manufacturers are working on smart displays of their own.

What is the difference between a smart display and a smart TV?

Smart displays are much smaller than TVs, usually around the size of a tablet. They’re also portable – pop it on the mantlepiece, hang it on the wall, or move it from room to room as you see fit.

Smart displays don’t have remote controls, or digital TV tuners, so they can’t pick up terrestrial channels or Freeview. Most smart TVs don’t have a personal assistant built in either, though some do have voice controls (but they can’t do as much).

What smart displays are available? 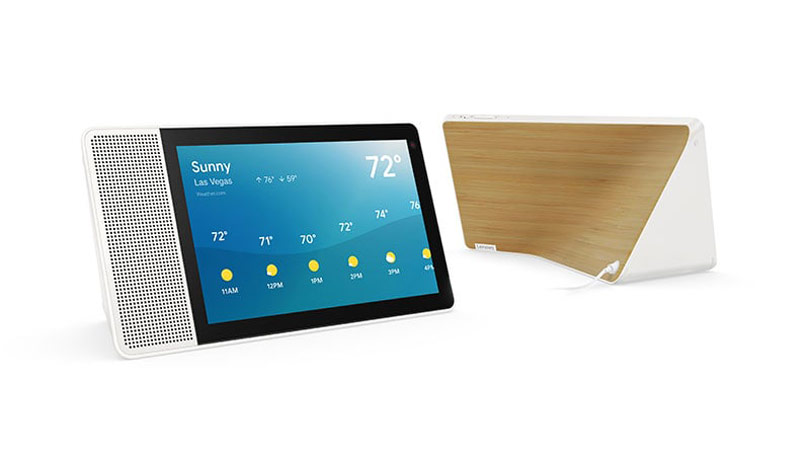 There are only a handful at the moment. The Lenovo Smart Display comes in 8- or 10-inch models, with a 10W full-range speaker. The smaller model comes in grey, but the larger has a natty bamboo finish. It’s only on sale in the US at the moment, where it costs $199.99 for the 8-inch model, and $249.99 for the 10-incher. 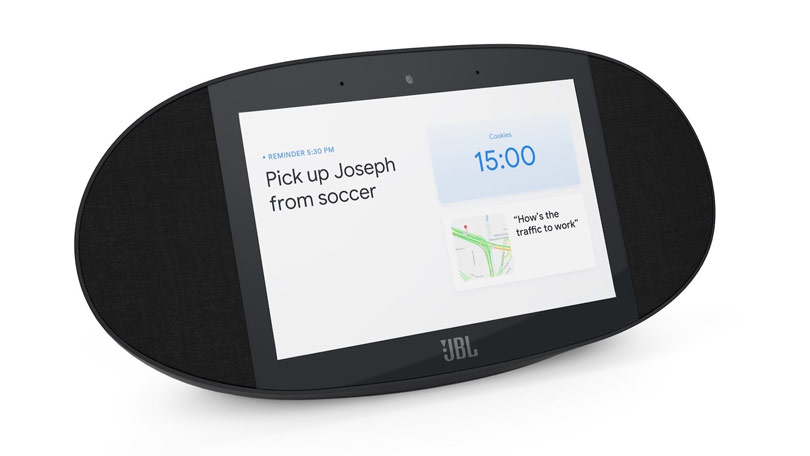 The JBL Link View is a similar proposition, but only comes in an 8-inch variety. Like Lenovo’s offering, it too has Google Assistant inside, so its abilities are nigh-on identical. But it also features a cover for the camera shutter and a mute button for the microphone. It goes on sale in September for $249.95 (JBL hasn’t announced a UK price). 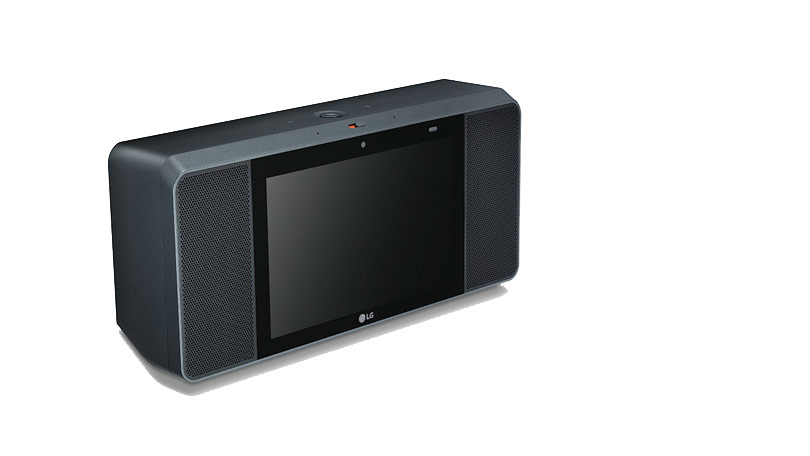 LG’s ThinQ View is an altogether boxier affair. In fact, the harsh might say it looks like a microwave. At $299.99, it’s the priciest of the three Google Assistant-powered displays here, probably because of Meridian Audio’s advanced audio tech giving super sweet sound quality. It too has a touchscreen display, and goes on sale soon. 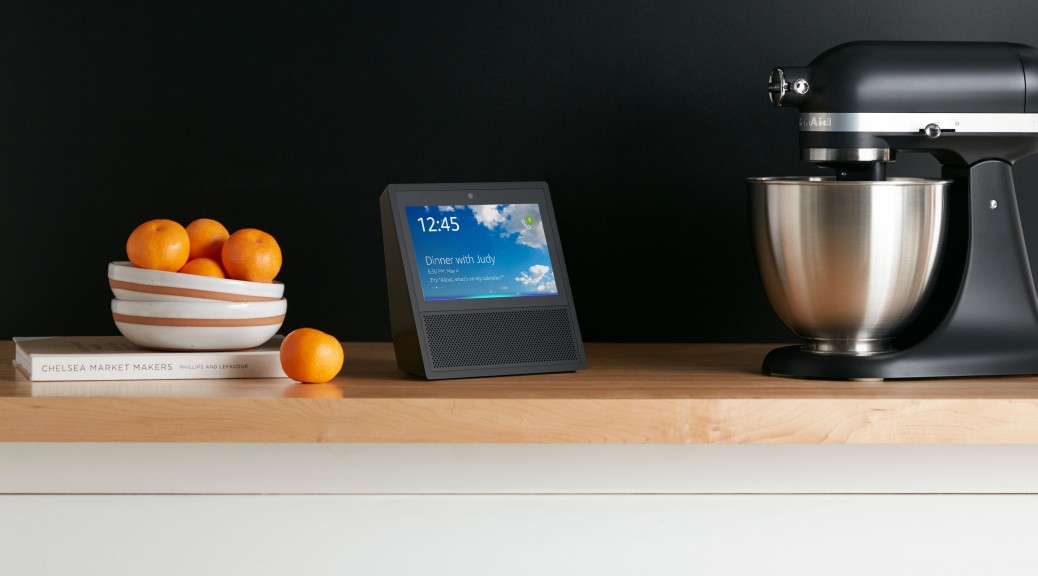 Then there's the Amazon Echo Show. This is probably the best known of the smart displays, and the only one currently on sale in the UK. The 7-inch screen is a little smaller than most of the others here, and it uses Amazon’s Alexa personal assistant, rather than Google Assistant. But, Google integration aside, it has much the same abilities as the others. It’ll set you back around £200.

Want most of the same functions for less? The Amazon Fire HD 8 tablet comes with a charging dock that effectively turns it into a smart display. The speaker isn't quite as sensitive as the Echo Show's, so it won't work as well in busy or noisy environments. But it's a great alternative for those on a budget. It sells for £79.99 alone, or £109.98 with the dock. 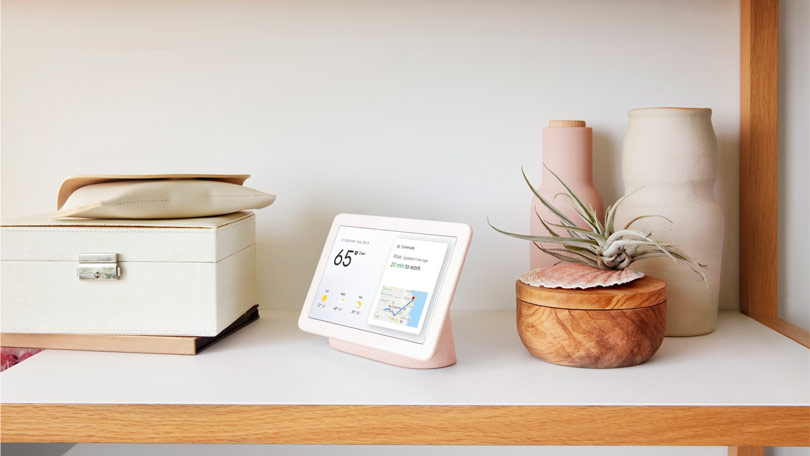 Finally, we come to the Google Home Hub. This is Google's rival to the Amazon Echo, and is effectively a smart speaker with a screen. It does everything the Google Home smart speaker does, and adds a visual element - ask it for the weather forecast, for example, and as well as reading out today's, it'll show you the next few days'. Very handy. It's the perfect beside companion too - there's no camera, making it suitable for more intimate environments, and the 7-inch screen automatically dims in darker conditions, meaning it won't keep you awake.

[Get the speed you need with our Suprfast fibre broadband]