Between pillows that prevent snoring, self-closing blinds and wardrobes that do the ironing, the home of the future is a lot closer than you think.

Our homes are getting smarter than ever and it's all thanks to video doorbells, smart thermostats and speakers with built-in digital assistants. This year will see all sorts of new breakthroughs that will make our home lives easier, smarter and more connected.

They’ve all been on show at CES, the world’s biggest technology show, in Las Vegas. Join us as we step inside the home of the future…

[Sleep better, be happier: Upgrade your bedroom with these smart home gadgets]

A robo cleaner you don’t have to clean up after

Robot vacuum cleaners are great in theory, but in practice they usually mean you have to tidy the room before letting it loose, lest it sucks up a sock and blocks it. But not anymore. 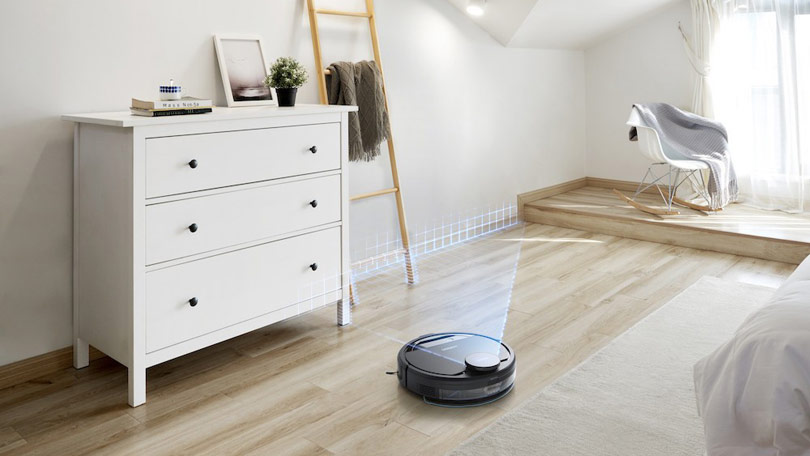 This new Ecovacs model can scan the room and determine not only the size and shape of it, but also spot any objects like cables, socks and bits of Lego. It will then avoid them, meaning you don’t have to tidy them away before you let it loose.

Look out for it later this year.

Blinds that close themselves

It’s all well and good having a smart lighting system that you control with your voice, but it’s not much use if you have to get up yourself to close the blinds. Where’s the labour-saving element in that? You may as well switch the lights on yourself when you’re up. 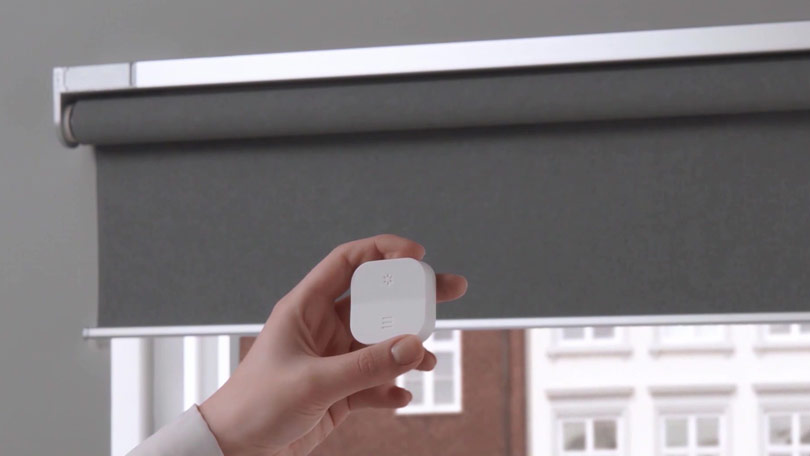 Smart blinds are the answer, and they come from none other than Ikea. The flatpack kingdom's new blinds are controlled wirelessly using the accompanying remote control and can also be programmed to open and close at certain times of the day using the dedicated smartphone app.

They’ll also sync with Ikea’s smart lighting range, so you can put the lights up and pull the shades down simultaneously. They’ll be on sale in Europe from February, so expect to see them in the UK shortly after.

TVs that change size to fit your room

A TV is a big investment, so you don’t want to have to buy one more often than is absolutely necessary. But if you move house, or even just want to shift the telly to a different-sized room, you might have no choice but to buy a new one. Or so you would think. 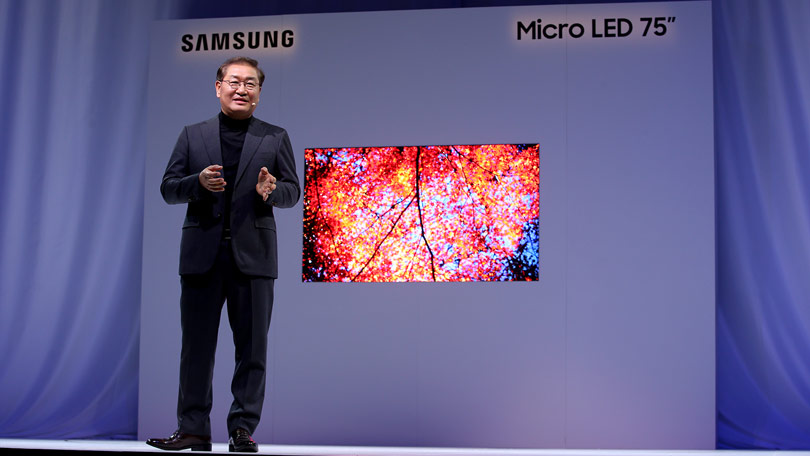 New modular tech means you can add separate screens to your existing set to make it much bigger. Created by Samsung, this technology is known as Micro LED – it’s in its early days at the moment, and these kinds of screens should start arriving in the US this year - just don’t expect them to be cheap.

Another option comes courtesy of LG which has created a remarkable telly that rolls down like a scroll and to store itself in its base unit. That means it can vanish out of sight when not in use, so it’s not the focal point of the room. Expect to pay around £10,000 when it goes on sale later this year. 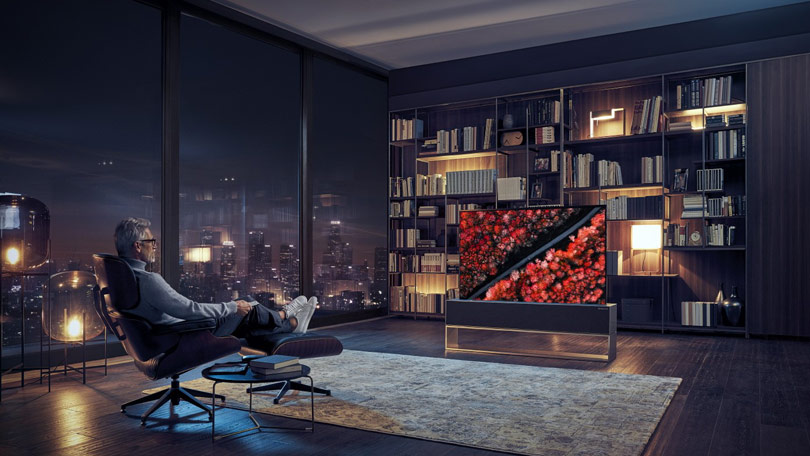 [Read more: How smart tech can keep your home safe]

A speaker that lights up your home

Decent speakers are 10 a penny, but not many are good looking enough to keep out on show. Sony's Glass Speaker is not only a design statement, it also doubles as an atmospheric light. 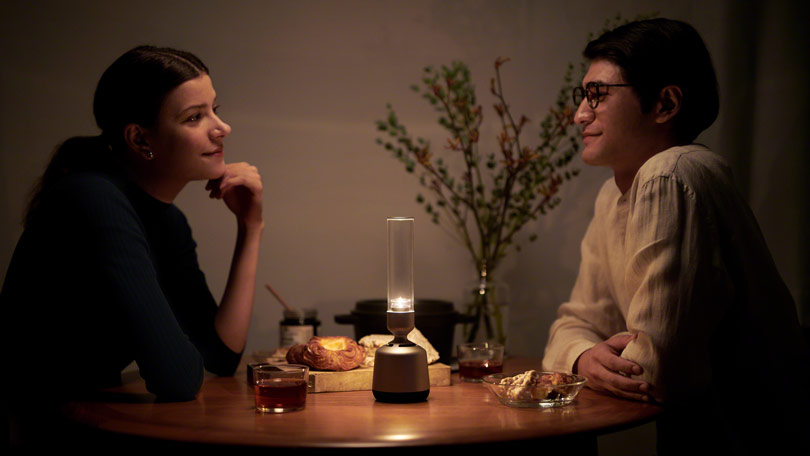 That’s thanks to its candlelight mode which bathes your lounge in the warm, calming glow of a virtual candle. And with Spotify Connect built in, you can stream all your favourite songs from your phone at the tap of a touchscreen.

It goes on sale in May for £550. Not cheap, but then no other speaker can hold a candle to it.

Tech to get a better night’s sleep

Not getting enough sleep has many negative side effects, from low mood and irritability to higher stress levels and increased risk of illness. Thankfully, there’s some futuristic tech to help you get some decent shuteye. 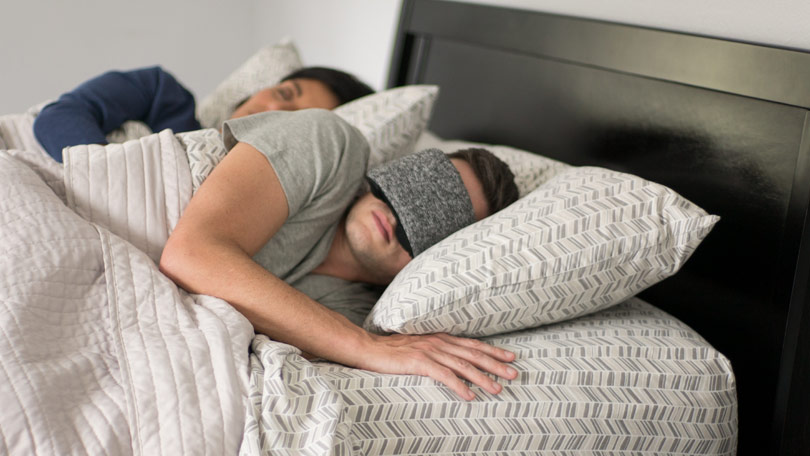 If snoring is a problem, help is at hand. The Hupnos Sleep Mask increases your expiration pressure, opening your airways to help you breathe quietly without snoring. If you do snore, it will buzz gently to prompt you - without waking you - to roll over to a position in which you won’t snore. It might just save a marriage or two…

Maybe you have trouble getting comfortable? In which case, why not adjust the temperature of your pillow? That’s the promise of a company called Moona, whose water pump sends liquid to a pad on your pillow. You can adjust the temperature of this water between 71 and 97 degrees Fahrenheit (22 to 36 degrees Celsius), warming or cooling the pillow. It could spell an end to constantly switching sides in a bid to find the cool part of the pillow. 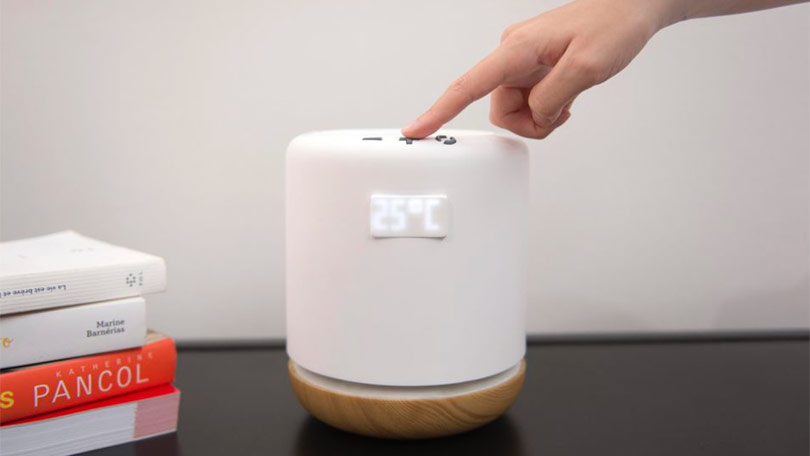 Video doorbells that can see your deliveries

Video doorbells are useful for seeing who’s at the door, but not much else. Now a new generation is getting smarter than ever – one can even see if you’ve had a parcel delivered. 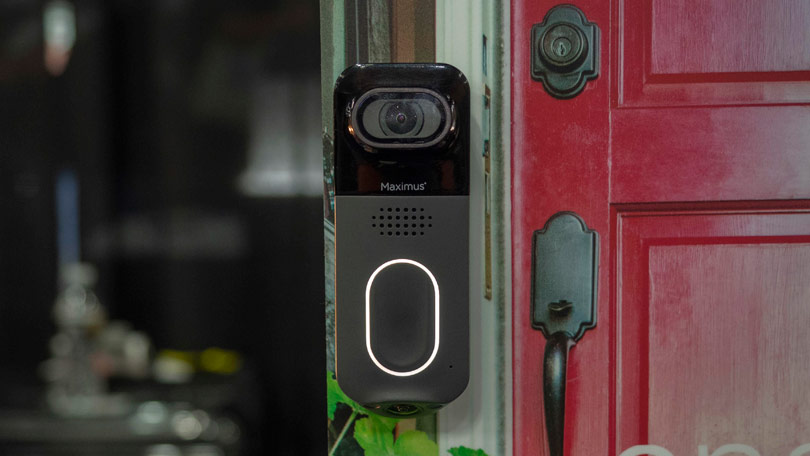 That’s thanks to a second, downward-facing camera, which will show if someone’s left a parcel in your porch. Of course the Maximus Answer DualCam Video Doorbell has a standard, front-facing camera as well so that you can see who’s at the door. It’ll cost around £200 and goes on sale in the spring.

How about combining a smart lock with a video doorbell? That’s now possible – as well as being a front door lock you control with a smartphone app, The Altro Smart Lock can give you a live video feed of who’s at the door. It meets all your home security needs in one product, and will cost around £350 when it goes on sale in the next few weeks. 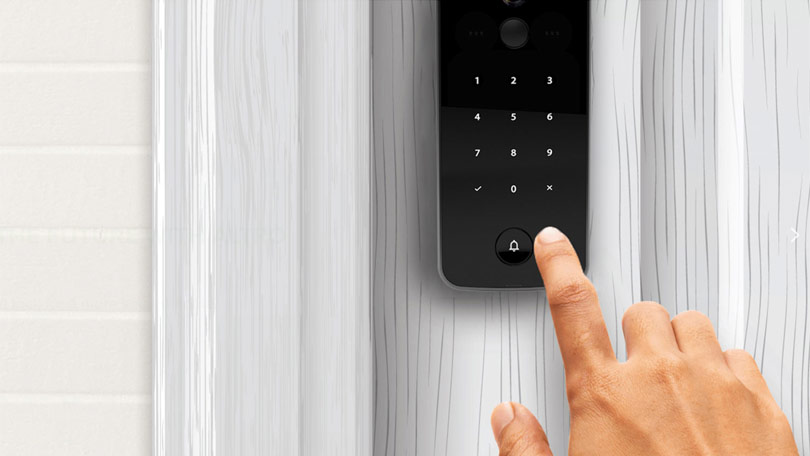 Finally, there’s a Netatmo's Video Doorbell, which comes with free video storage, motion zones and person detection, all without having to pay a subscription fee. Look out for it towards the end of this year. 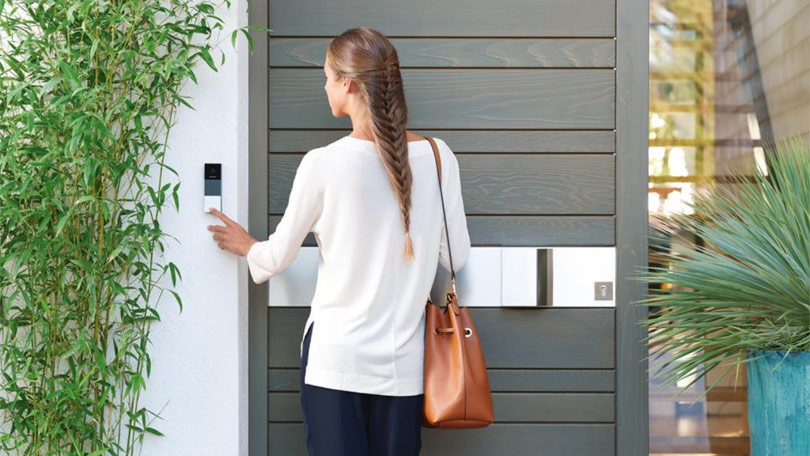 A wardrobe that does away with ironing

No-one likes ironing. But sadly, if you wear a dress or a shirt, its a necessary evil. But what if we told you you could do away with the task for good?

That’s the promise of LG's new smart wardrobe. It steams up to four garments at once, removing wrinkles and killing over 99.9% of the germs and bacteria. So not only will it help you look good, it’ll keep you healthy too. 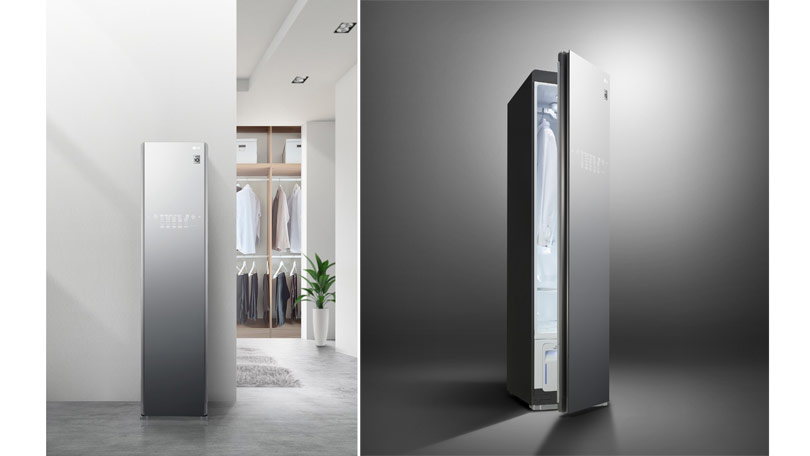 There’s also an internet-connected smart mirror on the front, which will suggest new fashion choices and show virtual fittings so you don’t have to go to a shop and try them on. You can even buy them right from the mirror!

[Read more: How to set up your Google Home smart speaker]

BT Broadband customer? Log in for your personalised offer