Inappropriate content online: What it is, how to spot it and how to block it

Tips and advice on making sure your children can browse the internet without worry.

The internet is a fantastic resource for children of all ages, letting them learn, play and connect with youngsters all over the world. But it also has its dangers.

Every time your child logs on, they’re at risk of being exposed to inappropriate content, be it from a chatroom, social networking app or even while gaming online. Thankfully there are some steps you can take to minimise the risk, and – if it comes to it – to block said content so they won’t see it again.

[Read more: Advice for your children and grandchildren on starting the school year safely]

Here we’ll run through what exactly is inappropriate content, how to spot it and how to block it. For more information we recommend visitng Internet Matters, a website packed with information for parents to help keep children safe online.

Inappropriate content is anything deemed unsuitable for your child’s age or stage of development. Your view of what is inappropriate will probably differ to the views of your child and other parents. It includes information and images which may upset your child, which is aimed specifically at adults or which is misleading and/or inaccurate and could lead to your child committing unlawful or dangerous behaviour.

How do I know if my child is being exposed to inappropriate content?

You can’t monitor a all of a child's online activity, especially if they have a smartphone or use a computer in their bedroom, athough you can check their browsing history to see which sites they have been visiting.

It’s best to start a dialogue about what inappropriate content is, and encourage them to tell you if they see anything unsuitable or which makes them feel uncomfortable. Look out for changes in their behaviour that suggest something is wrong – they may become more withdrawn or be evasive when you ask about their online activity. Get advice on talking to your children about inappropriate content.

How can I stop my child being exposed to inappropriate content?

There’s no surefire way from preventing it, bar stopping them accessing the internet at all, but this this would deprive them of all of the benefits the internet has to offer, instead you’re better off using parental controls, which what kind of content your child is exposed to.

Internet service providers also have parental controls to stop your child accessing inappropriate content from any device on the home wi-fi network, effectively tackling the problem at its source. BT's free Parental Controls let you choose between three filter levels which blocks content.

You can also block content on individual services so that your child doesn’t see it again.

YouTube has a dedicated kids’ app (called YouTube Kids) that only features child-friendly content. But you can still block videos and channels within it so your child won’t see them. However, specific videos might still be available even when blocked if they’ve been uploaded by another channel.

To do so, sign into the app, then on the Home screen tap the More icon (three horizontal dots) next to the video you want to block. Tap Block this video or Block this channel. Then you just enter the numbers written on the screen, or enter your custom passcode.

You can also block from the Watch page using the same method.

You can unblock content at any time from the settings menu. You can also report inappropriate videos, if you’re concerned about other kids seeing them. On the Watch page of the relevant video, tap More - Report, then select the reason for reporting it from the list given. If you’re signed in when you report an inappropriate video, it will be automatically blocked as well. 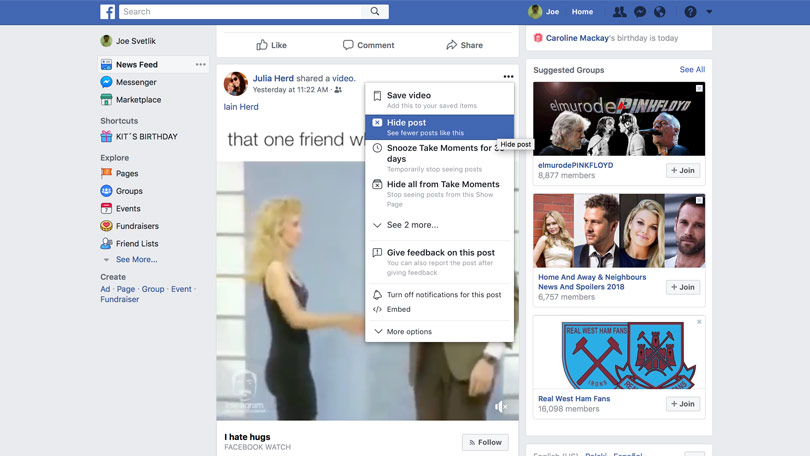 If it violates Facebook’s community standards (i.e. involves bullying or harassment) or you think it should be taken off the site completely, you can report it to Facebook. Again, click the three dots next to the post and click Give feedback on this post. Now you can select how it violates Facebook’s community standards, choosing from nudity, violence, harassment, suicide or self-injury, false news, spam, unauthorised sales or hate speech. 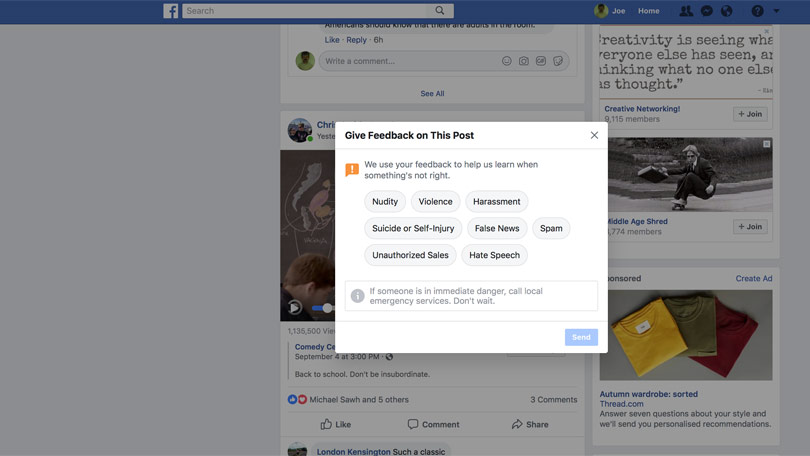 Facebook also offers a child-friendly version of its Messenger messaging service, called Messenger Kids. Before two children can start chatting on Messenger Kids, the app requires approval from a parent of each child, which should make it safer than other social networks. It also doesn’t harvest data for advertising. Messenger Kids is only available in the US for now. 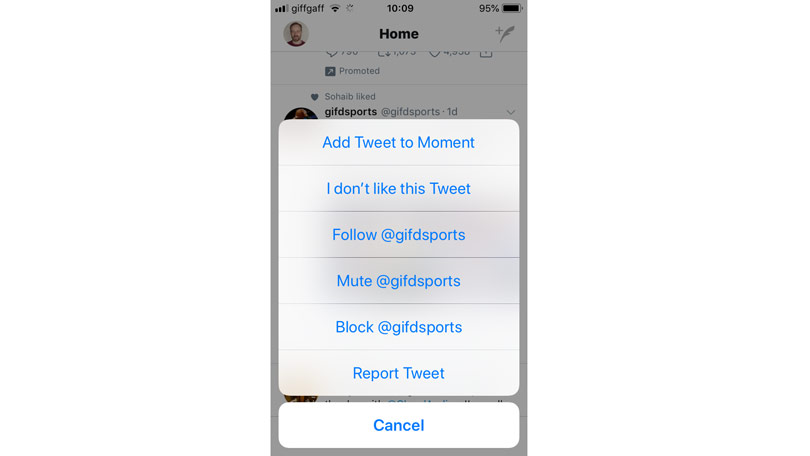 Tap the down arrow icon at the top of a tweet and you’ll be given various options for dealing with inappropriate content. 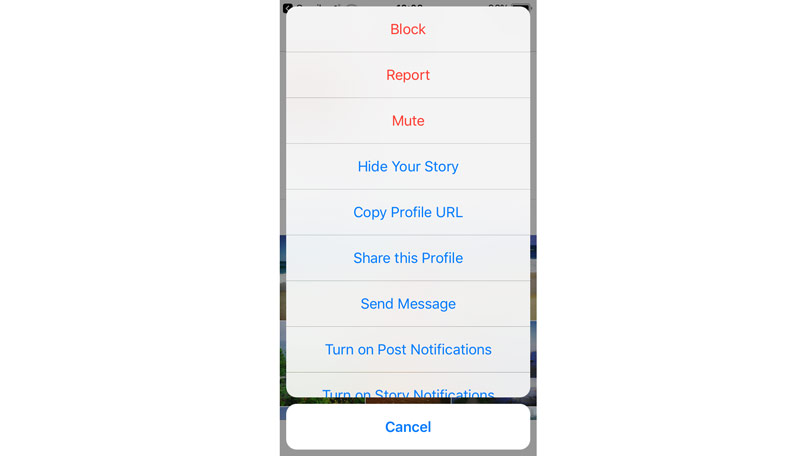 Again, there’s no real way of ensuring your child won’t be exposed to any inappropriate content on Instagram, so it’s best to make sure they’re using it wisely. If someone is harassing your child by repeatedly tagging them in photos they don’t approve of or making unwanted advances, they can block them, stopping them from contacting your child, tagging them or mentioning them in comments. To do so, head to the offering profile, tap the menu icon (it’s the three dots) in the top right, and tap Block User.

They can also report inappropriate content. Tap the same menu icon, then Report. 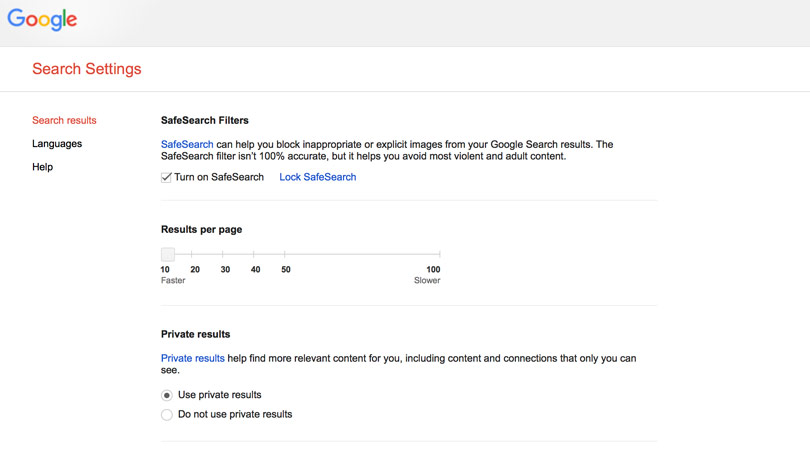 Google has an option called SafeSearch that omits adult content from search results. To set it up, go to google.com and search for anything, then on the results page, just under the search bar, select Settings, and click Search settings. Tick the box at the top marked Turn on SafeSearch. You can also lock SafeSearch, so other users of the same device can’t disable it. Click the Lock SafeSearch link, then you’ll be prompted to enter a password.

We’ve recently updated our Parental Controls, turning on a feature called SafeSearch, which helps protect your children from finding explicit content if they are searching the web using Google or Bing. SafeSearch is a feature found on both search engines which filters pornography and sexually explicit material that could come up in search results. To start benefiting from SafeSearch, you don’t have to do anything as long as you’ve got Parental Controls turned on - we’ve turned it automatically. 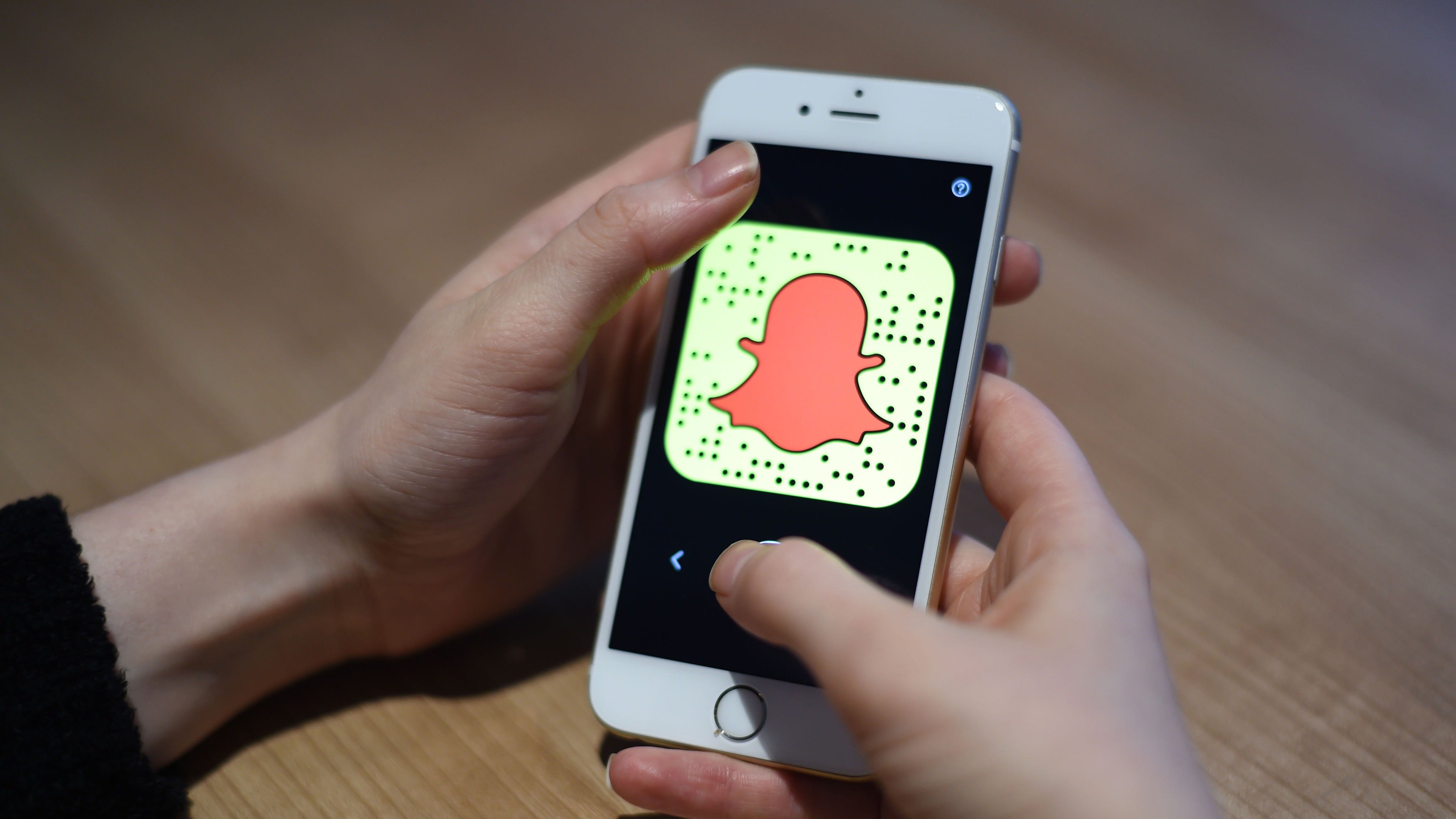 The simplest way to restrict what kind of content your child will see on Snapchat is to limit who can contact them. Tap the Settings menu (it looks like a cog) and tap Who can – Contact Me. Tap My Friends. That way, only people your child has added as friends can send them a Snap.

They can also block anyone who is sending them inappropriate content. Select a chat with a friend, tap Menu > Block. if they’re exposed to anything unsuitable, you should also email safety@snapchat.com to report it.