Virginia Woolf remembered with a Google Doodle: What are Google Doodles? Find out about how they started, the most iconic Doodles and the most controversial

There's a story behind Google's fancy logo transformations and we've got all the details...

Google is known for its bold and creative approach, so it's really no surprise that it plays around with its iconic logo from time to time.

For those who don't know already, Google affectionately refers to these as Google Doodles and they've become a bit of a thing.

Its latest creation remembers Virginia Woolf on what would have been her 136th birthday.

The writer is considered to have inspired feminism, and Michael Cunningham's 1998 Pulitzer Prize-winning novel The Hours was based on three generations of women affected by her book Mrs Dalloway. Nicole Kidman won the 2002 Academy Award for Best Actress for her portrayal of Woolf in the film version of The Hours.

But what's the story behind Google Doodles and what is their purpose? We've been googling – quite literally – and have all the details...

What exactly are Google Doodles?

Google Doodles are temporary artistic alterations of Google's logo on its homepage to mark significant occasions.

Google Doodles first started in 1998 when the search engine's co-founders Larry Page and Sergey Brin decided to design an alternative logo for the Burning Man festival in the Nevada desert. The stick man – which hid behind the second 'o' of Google - was meant to serve as a notification to tell users the pair were out of office if the servers crashed. 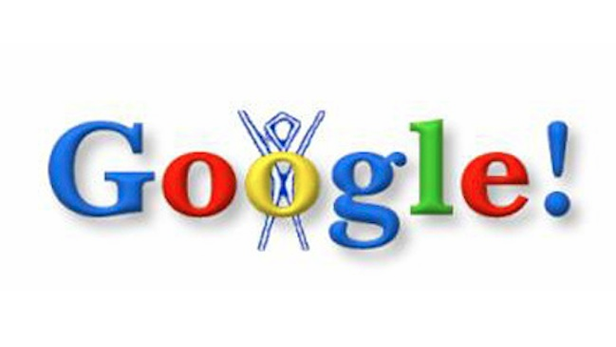 A couple of years later, the pair asked intern Dennis Hwang to design a special logo to mark Bastille Day. After it was well received by Google searchers, Doodles became a thing, leading to Hwang’s promotion to chief Doodler.

What sort of Google Doodles have appeared over the years?

At the beginning, Google Doodles were mainly for big annual celebrations such as Christmas, but they’ve now evolved to mark everything from great inventor anniversaries to general elections.

They have also been used to celebrate 50 years of teaching coding in the classroom with an interactive doodle on 4 December.

Google Doodles have become such a hit that a team of illustrators regularly works with engineers to create a fresh batch.

Moreover, Google Doodles are now made to reflect different occasions in different countries – for example, on June 6 Bolivia was treated to a Teachers’ Day Doodle while Sweden celebrated its National Day.

You can see all recent Google Doodles here.

Can I submit a Doodle idea to Google?

Yes – Google actually accept requests at proposals@google.com but as you can imagine, they receive hundreds every single day so you may not hear back.

There is also an annual Doodle 4 Google competition, where young artists have a chance to create their own Google Doodle and have it featured on the site, as well as to win a cash prize towards their studies.

Have there been any controversial Google Doodles?

Google Doodles are generally fun but the events represented have sometimes caused controversy.

On September 13, 2007 Google chose to mark the birth of Roald Dahl instead of the first day of the Jewish holiday of Rosh Hashanah for example.

Where can I see some of the best Google Doodles?

It would be hard to narrow down the 2,000-plus Google Doodles, so instead of picking our favourites, here are some of the most iconic we’ve covered:

Google's Halloween Doodle is the survival game you need to play