Fed up of waiting for your smartphone or tablet to charge? 8 tips to power up faster

Simple tips and tricks anyone can follow to slash the time it takes to charge your device.

It can be a pain waiting for your smartphone or tablet to charge, especially if you’re about to leave the house and aren’t sure if it has enough juice to last the journey.

We’ve already looked at tips for extending your tablet’s battery life. Now we’re going to show you a few easy ways to make your device charge quicker, so you spend less time hanging around watching the battery bar creep up towards full, and more time using it.

Tip 1: Turn off the antenna with airplane mode 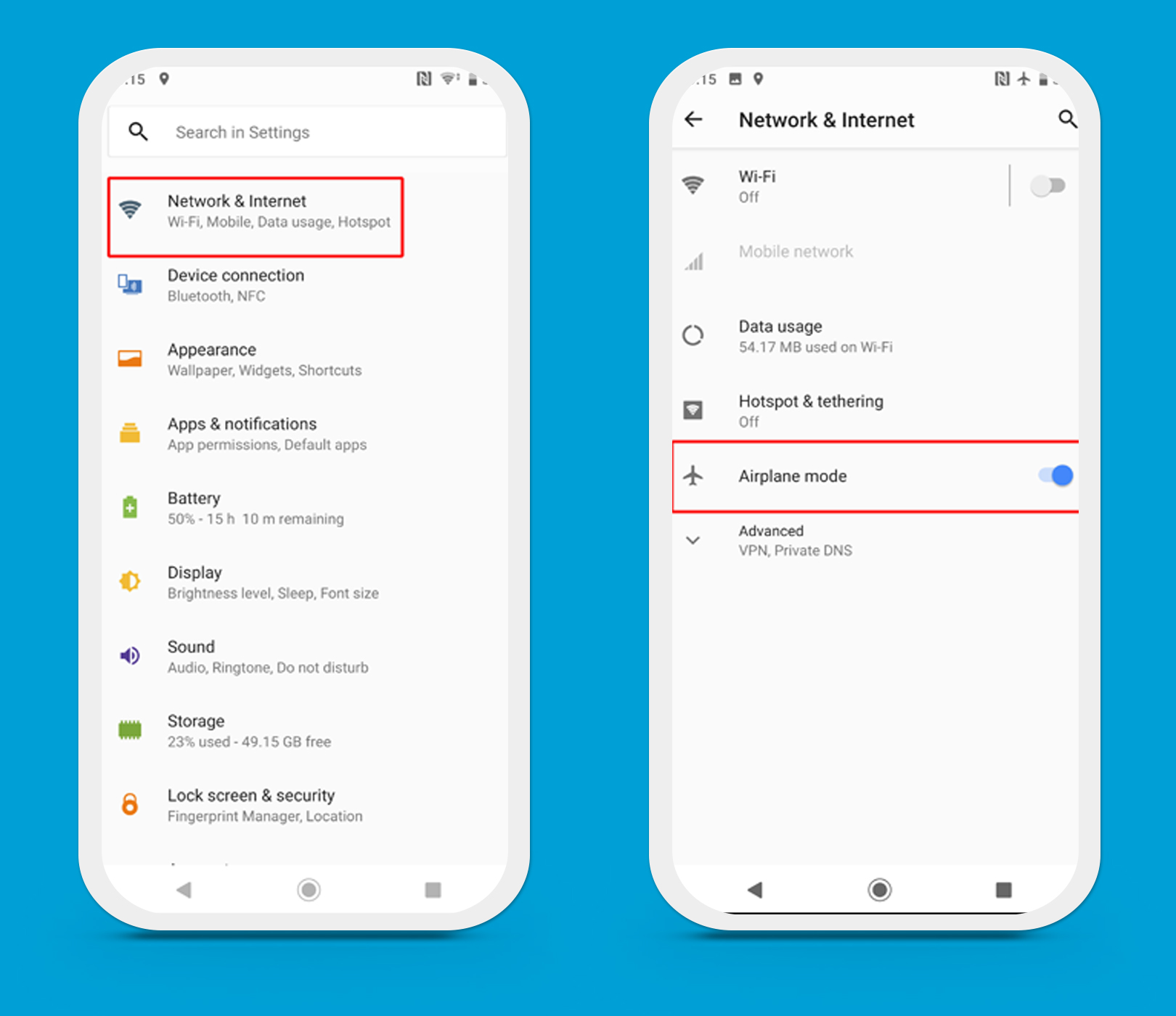 When you plug your phone or tablet in to charge, enable flight mode (sometimes called airplane mode or aeroplane mode).

This disables the wi-fi, Bluetooth and network connections, leaving your device with less to do, and hence using less battery power.

The result? A slightly quicker charging time. It’s only marginally quicker, but when you’re eager to get out of the door, every second counts.

You can find it in Settings > Network & Internet, or by swiping down from the top of the screen.

Tip 2: Not using it? Power it down entirely

On a similar note, turn off the device entirely. Again, this stops it using any of the battery life it’s gaining from charging, so will speed up the charging time.

Obviously you won’t be able to use it while it’s switched off. But it’s handy if your priority is to get your phone fully juiced before a long journey.

If you don’t want to turn it off entirely, at the very least make sure the screen, which is the biggest power drain, is switched off. 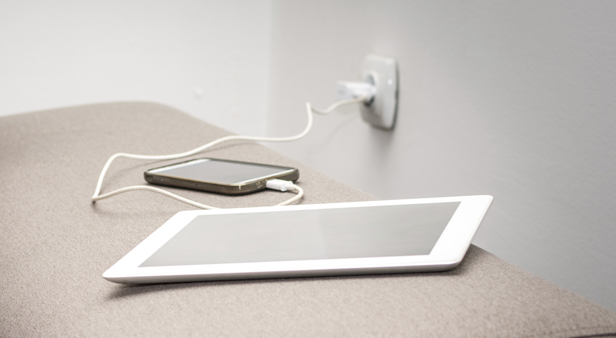 According to some estimates, a device charges more than twice as fast from a wall socket as it does from a USB cable connected to a laptop or desktop computer.

So, wherever possible, plug it into the wall.

Not all chargers are equal. Tablets usually come with 2-amp chargers that provide 10 watts of power, but the majority of smartphones are supplied with a 1-amp charger that delivers 5 watts of power. So if you use a smartphone charger with a tablet, it will take much longer to charge.

There are exceptions depending on the size of the tablet; for instance the picture above shows an Amazon Fire HD6 charger, which supports 5 watts, so make sure you check.

If you’ve got more than one charger in your house, always keep your tablet charger in the same place so you know where to find it.

If batteries get too hot or cold, they become less efficient, losing their charge quicker. Hence it's important to keep your device at the optimal temperature.

Keeping your device out of direct sunlight and on a cool surface will stop it getting too hot, as will taking it out of its case.

If you're in a chilly environment, keep your device in its case and in your pocket/bag if possible to help it charge quicker. That way, when you need to use it it won't let you down. 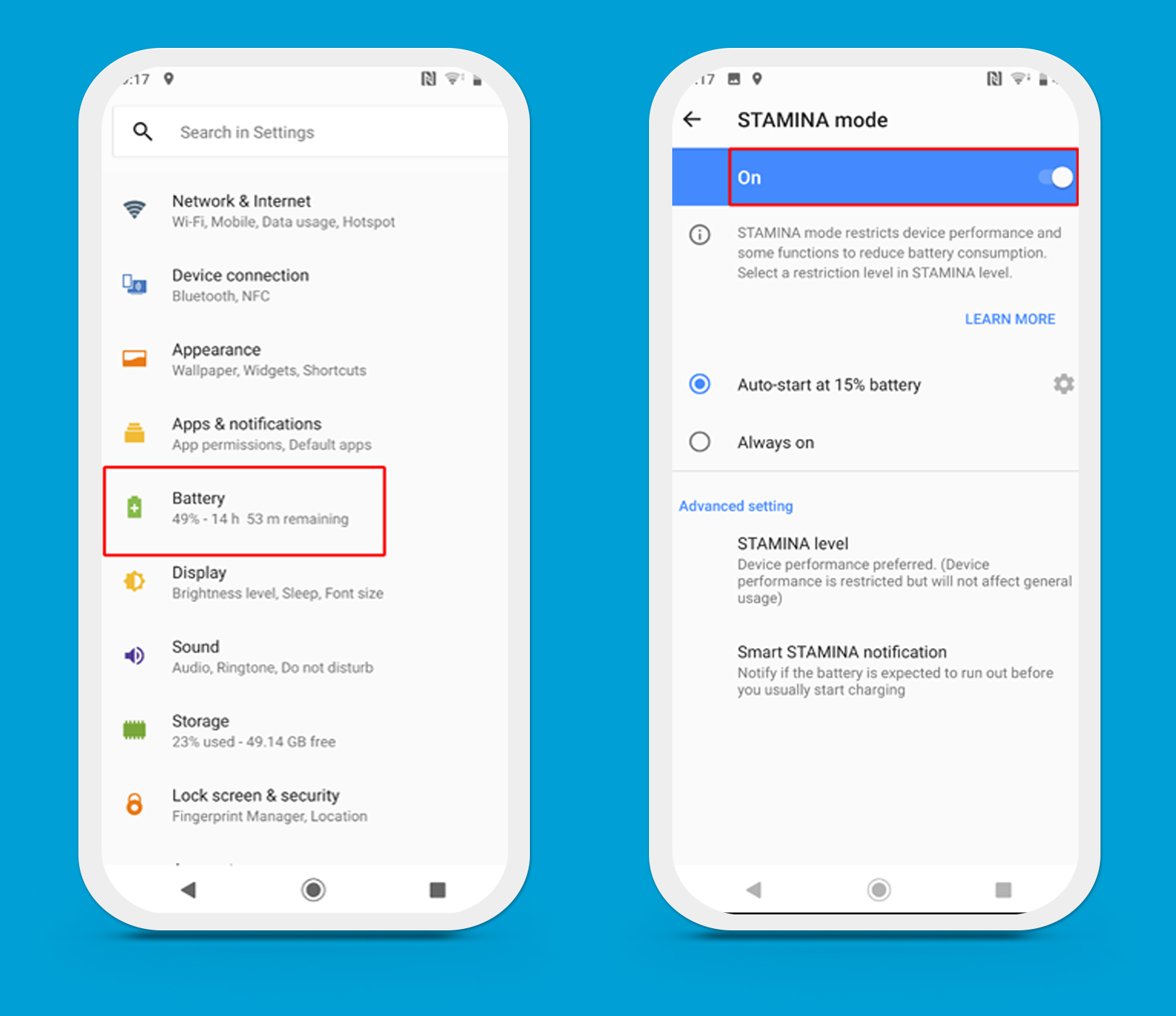 While this mode is designed to make your device last longer when the battery is running low, it has another use – helping it charge quicker.

It limits how much your device vibrates, and limits the use of location services and background data (programs like email might not update unless you open them, for example).

While the device's functionality will be reduced, it will be more usable than when in flight mode or switched off altogether. And crucially, it’ll charge quicker. Great stuff.

Note: On some devices it might be called something else (on this Sony device, it's known as Stamina Mode). But it can be found in the same place: Settings > Battery.

Some smartphones come with their own fast chargers - this is a dedicated cable that helps it juice up quicker than normal. Plug them in, and you can activate fast charging mode. The Moto G7 Power has this feature, as do the Samsung Galaxy S10 and Huawei P20 Pro.

This feature is becoming more common, so expect to see it on more smartphones and tablets soon. 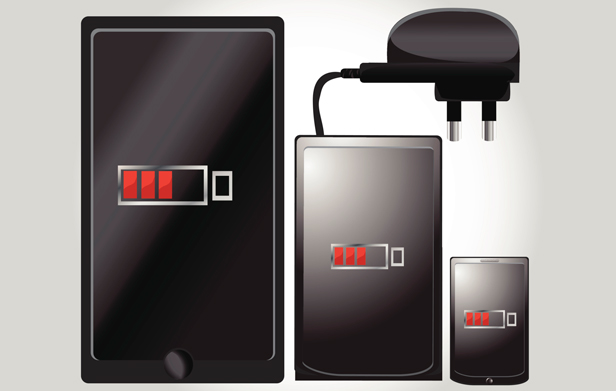 A couple of maintenance tips will keep your battery working properly and not only prolong its life, but might make it charge quicker too. Experts recommend keeping your battery charged somewhere between 20% and 80% at all times to reduce the amount of stress you put on it. If you can't manage that, make sure you switch off the charger once your battery is fully charged. That should keep it in rude health for – hopefully – years to come.

Battery struggling? Maybe it's time for a new phone...

Happy with your current mobile? Check out our amazing SIM-only deals