What’s the weather like? From the first weather presenter to the technology behind today’s forecast

January 11, 1954, marked the UK’s first live televised weather forecast, but today’s forecasts are very different on both sides of the camera. Here’s how technology can tell us whether it’s safe to put the washing out.

Before there was crystal-clear satellite imagery projected onto a green screen, the weather forecast was filmed in front of an easel and maps with hands only occasionally popping into the shot to point at the rainclouds.

All that changed on January 11, 1954, when at 7.55pm George Cowling stepped in front of the camera to deliver a live forecast for the first time in the UK. Cowling came to television via the Met Office, where he’d worked as a forecaster for the Royal Air Force, advising on weather conditions for almost 15 years.

[Read more: Met office is turning to 5G to predict the weather]

He was transferred to the London Weather Centre in December 1953, a month before he began his television career. He was the BBC’s first face of the weather and even made it on air before newsreaders, who were still off-camera at this time. 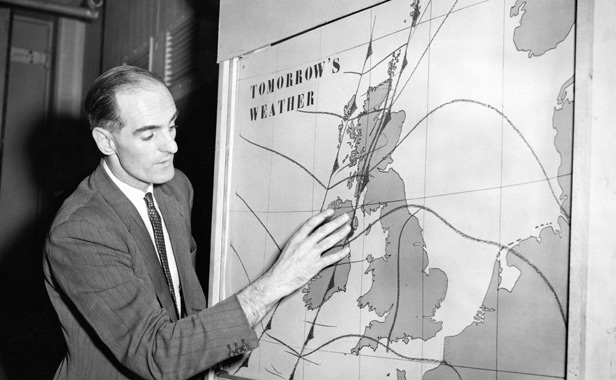 Although the BBC’s presenting style was still extremely formal, Cowling was able to personalise the reports with quips on why the high winds made it a good day for hanging out the washing.

Explaining the new means of delivering weather to the British public, the Radio Times wrote: "From Monday onwards the television weather report and forecast will be presented by a Meteorological Office forecaster who will explain and comment on the charts shown.

“The change is designed to stress the continuity of the reports provided; the forecaster will show, for example, how the weather expected tomorrow is conditioned by the weather experienced today."

Today, of course, things are much different. Not only in the way the weather is presented, but in how the forecast is produced. Here’s how the Met Office brings the weather predictions to our screens.

[Quiz: How much do you know about television?]

The science behind creating a weather forecast begins with millions of observations of factors like wind speed, air pressure, humidity and temperature. Global data from land and sea-based instruments is matched with those from aircraft, weather balloons and satellites outside the earth’s atmosphere. All instruments must be calibrated at regular intervals to ensure accuracy. Given that most countries have their own meteorological equipment, it’s important that instruments are tested to World Meteorological Organization standards.

But even with all of this information at their disposal, organisations like the Met Office need more data in order to make accurate predictions. It’s impossible to cover every inch of the earth and the sky, so an important part of the process is attempting to join the dots between the quantifiable observations with what it believes the conditions will be in unreachable areas. This is called data assimilation and is the first step towards creating an accurate weather forecast. 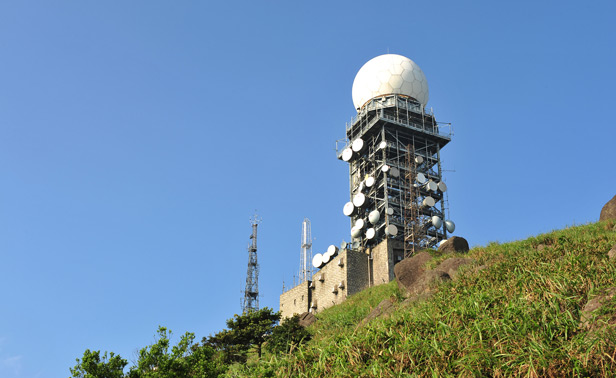 Next, meteorologists create a numerical forecast model that accurately represents the current state of the atmosphere at any given time. Slight variances can cause wildly different weather patterns, so having the most up-to-date model is essential. The forecast model requires supercomputers to process billions of mathematical equations, a process that takes more time than the forecast itself.

The short-term forecasts, which cover the next 48 hours, use multiple techniques and models. For the most immediate indications, meteorologists use a technique called Nowcasting, which dates back to the 1860s.

This involves tracking the speed and direction of the current weather conditions in order to chart a likely course. It enables human forecasters or less powerful computers to predict hail, weather, snow, heavy rain and fog conditions for the next two-to-four hours.

In terms of today’s full forecast, it can be made once the observations have been assimilated and the numerical model has been created by the supercomputers.

The Mesoscale forecasting model takes chunks of the atmosphere called grid boxes and averages the conditions out over short periods of time. The data provides a number of equations that can be placed into the supercomputer.

According to the Met Office, in the UK, the grid boxes have a 40km horizontal resolution, which means 160 million equations must be solved in order to track atmospheric changes for just 15 minutes. This enables a five-day forecast, with forecasts for the first 48 hours using higher resolution models for more detailed regional forecasting.

Data output from the supercomputer as well as comparisons with other models enables the Met’s forecasters to confidently produce the text-based forecasts that will make it to air. 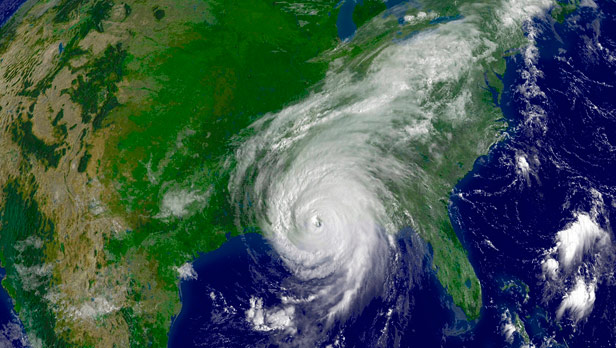 The forecasters’ experience not only allows them to make predictions for the week ahead and beyond, but also to identify potentially serious weather conditions that could be dangerous and issue  severe weather warnings for rain, ice, snow, winds and fog. The warnings are issued using a colour system ranging from yellow to red to indicate the likely severity of the conditions and advise what action to take.

Forecasting the behaviour of the oceans

This data is crucial when it comes to creating shipping forecasts, and enables us to guard against coastal flooding. They also deepen our understanding of climate change and the ocean ecosystem.

Read more: The weather app that reminds you to de-ice the car and bring in the washing