BT Sport now combines Dolby Atmos and 4K Ultra HD on even more live sports. Take a closer look at the fascinating sound technology that makes you feel part of the action.

Dolby Atmos is a surround sound experience set to radically change the way we watch sport and movies, and BT Sport viewers are getting more of this immersive audio than ever before.

This summer BT Sport customers heard the first-ever FA Cup Final with Dolby Atmos, and in the new season a new dimension of football will feature on more UK and European fixtures than ever before.

BT Sport become the first UK broadcaster to offer the technology when it screened a Premier League match between Liverpool and Chelsea in January 2017 in Ultra HD and Dolby Atmos.

Find out more about how it works and how it improves your viewing experience.

What is Dolby Atmos?

When you watch TV, audio is typically constrained to fixed channels, from two stereo channels or up to seven with Dolby Digital. Because Dolby Atmos sound moves around a three-dimensional space, you get a immersive experience and you feel like you're inside the action.

For instance, if you are watching a film and a plane flies overhead, you can heard the sound of the plane moving above you – like in real life.

The technology is currently used in selected cinemas - find out if there is one near you.

How does Dolby Atmos work?

When you listen to a traditional surround soundtrack on a 5.1- or 7.1-speaker set-up, sounds have been mixed together in advance, into channels that roughly match their position around you. Sounds can appear to move by swapping between channels, but it can’t go above you or exactly replicate the position of a moving object on a screen. 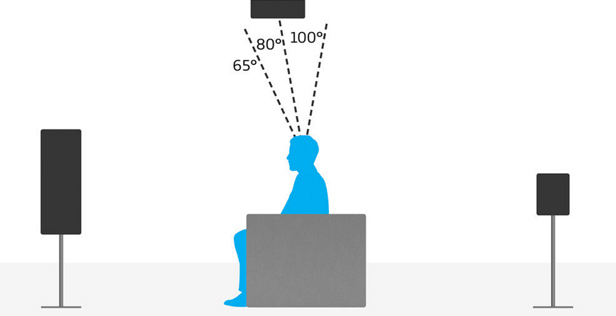 With Dolby Atmos, sounds aren’t restricted to channels. Instead, Dolby says, they are ‘individual entities called audio objects’ - such as an aeroplane or a person.

These objects are independent of channels, and Dolby Atmos can mix together the sounds of up to 128 of them at the same time, moving around your head.

Dolby Atmos also has a vertical height channel so that objects can appear to move around above you, which has never been possible before.

[Read more: Go behind the scenes at Old Trafford with BT Sport]

Ahead of BT's first Dolby Atmos broadcast, the Dolby Lab Notes blog said: “During the game, a soundfield microphone will capture the sound of the crowd in 3D, while a range of other microphones will capture many different elements, from the referee’s whistle and the spectators’ cheers to the thud of the football being kicked.

“A total of 12 microphones placed around the edge of the football pitch and near the crowd will capture all of the multidimensional sounds.”

Sports commentators and reporters based pitch side or in the studio were also equipped with microphones. All the sounds were then mixed into Dolby Atmos audio in two broadcast trucks located outside Anfield.

“The broadcast team monitors the live Dolby Atmos audio from all around the stadium, whether on the pitch, in the crowd, or from the public address system in the stadium roof. Inside the trucks, speakers have been installed in the ceiling to enable the monitoring of a Dolby Atmos mix with overhead sound, while the microphones from around the pitch are connected to an audio mixing desk.”

When the combined audio and video signals left the stadium, they were quality-checked and adverts were added at BT Sport headquarters in Stratford, London. Finally, the signal was sent via BT's superfast fibre optic broadband network into people’s homes.

Is Dolby Atmos any good?

Jamie Hindhaugh, Chief Operating Officer for BT Sport and BT TV, believes audio is overlooked because people focus on picture quality. “Believe it or not, sound increases viewing quality by 60%, so it’s a really important factor, but sound has sort of become the forgotten medium,” he told BT.com.

"TV viewers are used to having the best pictures when watching sports, but sound is often overlooked. Now sports fans will be able to feel like they’re in the stadium, with the combination of Dolby Atmos and UHD providing the most immersive experience possible”

Watch a movie or football match in Dolby Atmos and you really feel part of the action, hearing sound all around you. All sound – including dialogue, action and quiet moments – has clarity, richness, detail and depth.

What can I watch in Dolby Atmos?

Are there any Dolby Atmos films?

Dolby Atmos-compatible movies are being released on Blu-ray disc, including Gravity, Mad Max and all Marvel Studios titles. 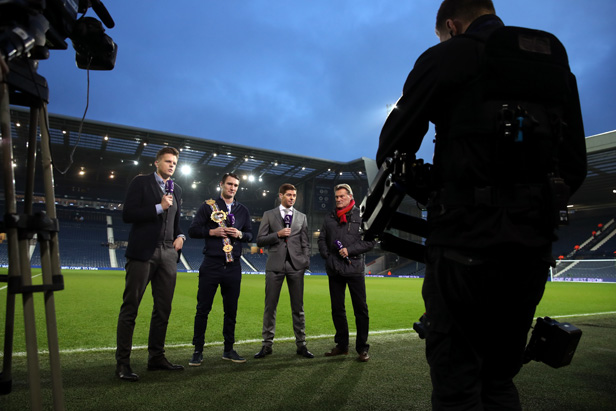 How can I get Dolby Atmos?

To watch BT Sport in Dolby Atmos you need a subscription to the BT Sport 4K UHD channel along with the BT TV Ultra HD box.

The box needs to be connected to a Dolby Atmos receiver. This can be part of a home cinema package like the Onkyo HT-S5805 5.1.2 (£599, below) or you can buy a standalone home cinema AV receiver.

When it comes to speakers, in a Dolby Atmos home-theatre setup the key is to replicate overhead sound.

1: Dolby-Atmos enabled speakers: These channel sound upwards where it is reflected off the ceiling. Dolby Atmos ready-speakers come in two types – integrated units or add-on 'upfiring' speaker modules you use with your current speakers.

2: Overhead speakers: These can be any brand but full-range speakers are better. These will work with your Dolby Atmos receiver.

A Dolby Atmos ready home cinema package like the Onkyo HT-S7805 5.1.2 is a convenient all-in-one system which contains everything you need to get started.

If space is at a premium, a Dolby Atmos-enabled soundbar like the Samsung HW-K950 5.1.4-channel 500W Wireless Soundbar is a good option. It includes speakers that fire upwards.

Where can I buy Dolby Atmos-ready kit?

Many online and high-street shops are selling Dolby Atmos-ready equipment. Check out the BT Shop, which has a section dedicated to Dolby Atmos.