If your smart TV is making you feel dumb, this jargon buster could be just the IQ boost that you need to understand the technology behind internet-enabled TVs.

Just as phones connected to the internet have become smartphones, so televisions which let you watch programmes and perform other tasks via your broadband connection have become smart TVs. And like the phones, these days it's harder to find a TV which isn't smart than one that is.

Like smartphones, smart TVs use apps to get connected to TV services like Netflix and BBC iPlayer, but most of them can also browse the web, send emails or even connect to social networks like Facebook.

Naturally, smart TVs have their own dictionary of terms which can bamboozle newcomers, and competing systems from different brands often using their own trademarks for the same things. Read on to lift the veil of mystery...

Streaming: Video and audio sent across the internet or a home network is called a ‘stream’. Watching TV or listening to music on services like ITV Hub, YouTube or Spotify is called ‘streaming’.

Casting and mirroring: If you have a video on your tablet or smartphone that you want to watch on a larger screen, you can 'cast' it using an app to a compatible TV. 'Mirroring’ is a similar technology that allows you to display your device's entire screen on a telly.

[Read more: What is screen casting or mirroring?]

DLNA: If your TV has a Media Player with DLNA (Digital Living Network Alliance), it will be able to connect to other DLNA-enabled devices on your home network, like computers, smartphones and hard discs and stream video, audio or still images from them. 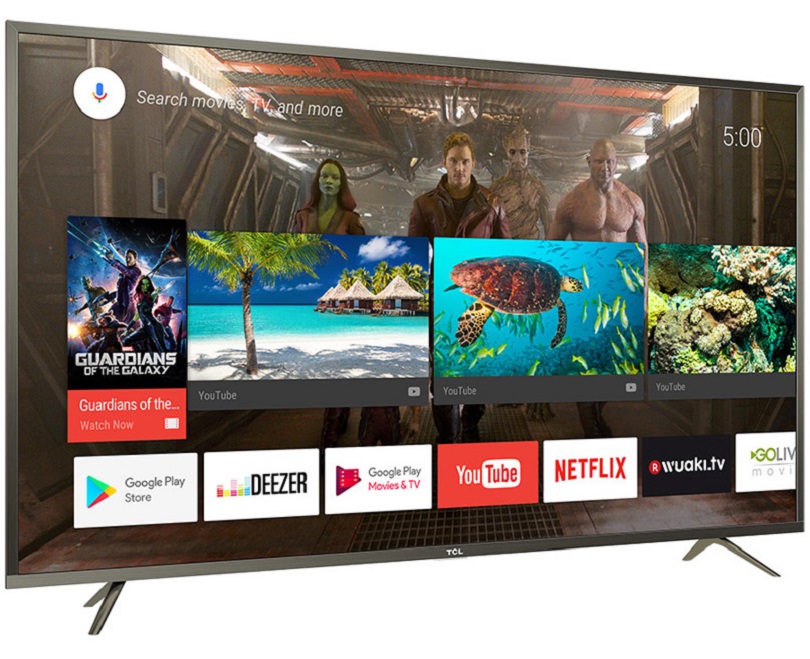 TV sticks are a simple way to upgrade a non-smart or ‘dumb’ TV that you don’t want to replace, like a second TV in the bedroom, a projector, or a dedicated computer monitor with a spare HDMI socket. An example is Google Chromecast, which is really just an extension of your smartphone or tablet,

Smart TVs, on the other hand, come with all the connectivity hardware and software built in for an easier, plug-and-play experience, you can buy them from BT Shop.

[Read more: What is Google Chromecast?]

Smart TV has moved on from the days when every TV manufacturer tried to create their own software, with many scrapping their own systems and incorporating software from experienced online brands like Google and Firefox.

While on-screen interfaces tend to be more friendly as a result, your TV will still be less easy to use for streaming and catch-up than a dedicated entertainment service like BT TV. Android TV: Sony is the headline supporter of Android TV, along with B&O, Hyundai, Philips and Sharp. As the name suggests, Android TV comes from Google, and is similar to Google’s Android smartphone operating system. It has hundreds of apps, but it also has built-in Chromecast for streaming from your phone, Google Assistant to give you voice control, and it connects to other Google Home devices you may own.

[Read more: How much data do I use when I’m streaming TV and films or playing online games?]

Firefox TV/My Home Screen 2.0: Panasonic uses a TV interface from the makers of the Firefox web browser, which has been praised for its simplicity, although it still has all the major catch-up and premium video services you’d expect. It’s also compatible with both Google Assistant and Alexa, so if you have a phone or smart speaker you can control it with your voice.

Tizen/Smart Hub: Samsung’s own-brand smart TV system has its own app store but includes all the usual suspects for catch-up, premium video and music, as well as DLNA support. Your TV can become part of Samsung’s wider SmartThings collection of smart home products, controllable from your phone with the Smart Connect app. Phones can cast to Tizen/Smart Hub TVs using the Smart View app, and the TV can cast to a Samsung phone across your home network, if you want to watch TV while you’re in the kitchen or bedroom.

webOS: The colourful and easy-to-use smart TV software for LG TVs has won plaudits from the industry, and it comes with a reputable cast of catch-up and premium video apps. You can pick up music, photos and video from your local network and cast to the TV from phones with Miracast built-in. Unusually, you can also cast from webOs TVs to selected VR headsets for watching 360-degree video, using the wand-like LG Magic Remote to navigate.

Got broadband with us? Add BT TV