What is HDR? Discover more about the technology that makes pictures more realistic

High Dynamic Range could be just as important as 4K when it comes to making Ultra HD as realistic as looking through a window. Find out why with BT’s guide to HDR.

Ultra HD is about more than just squeezing more pixels onto your TV screen - it’s about making those pixels richer and more detailed.

High Dynamic Range is one way to achieve that, in 2018 BT and the BBC brought public HDR trials to TV and mobile

[Read more: What is Ultra HD and 4K TV? Everything you need to know]

Standing for High Dynamic Range, HDR makes TV images a lot more lifelike by increasing the maximum brightness and the subtlety of difference between different shades of light and dark on the screen.

The upshot is that your TV screen can show details in shadows next to areas that are brightly lit - just like looking out of your window on a sunny day doesn’t stop you seeing what’s inside your house.

It also means that fireworks displays and other brightly-lit events on dark backgrounds don’t just blur into a bright white smudges.

It’s not just great for the big screen - on mobile phones it can make the image more detailed. 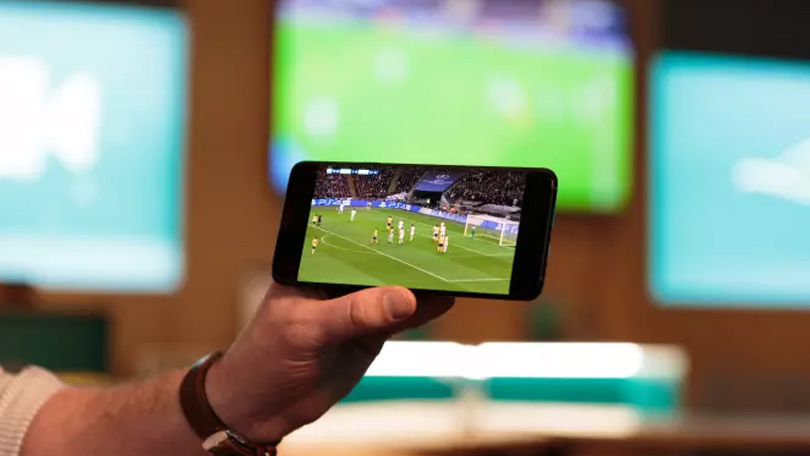 Where can I watch HDR?

BT became the first UK broadcaster to show top-flight football in HDR when it broadcast a UEFA Champions League game to mobile viewers using the BT Sport app in March 2018. The match was also shown on big-screen TVs to a private audience in HDR combined with 4K Ultra HD.

The BBC is developing HDR technology for TV along with BT and international partners like NHK, the Japanese state broadcaster. This included developing HDR TV cameras and recording equipment, discovering how to use it, and creating ways to get it to viewers at home over the airwaves and via broadband.

This summer the BBC ran a series of public trials, showing the Royal Wedding, FIFA World Cup matches and Wimbledon 2018 in HDR via the BBC iPlayer.

Both BT and the BBC are studying the results of this summer’s trials to develop the next stage of delivering regular HDR broadcasts.

Do I need a new TV to watch HDR?

Yes. High Dynamic Range needs TVs which can not only display much higher brightness and more subtle shades than Full HD, but also can decode the video signals.

However, as BT’s mobile HDR trial showed, it can also give smaller screens an incredible boost in picture quality. This could mean that HDR will be useful on TVs under 40 inches across - where 4K doesn’t make much difference at typical viewing distances.

What are Dolby Vision, HDR10 and HLG?

There are currently no fewer than five variants of HDR used by different manufacturers.

HDR10 is the industry standard, but much of the industry now thinks it’s too basic to deliver really great picture quality, and it requires consumers to have new cables as well as TVs and players.

Dolby Vision is a proprietary format from Dolby Labs, best known for its surround sound tech. It’s widely-used in both 4K Blu-ray discs and by Netflix and Amazon, and everyone agrees that the results are impressive. Everyone who uses it has to pay a license fee to Dolby, though.

HDR10+ is an update of HDR10, developed by Samsung and designed to allow scene-by-scene dynamic range adjustments like Dolby Vision. Samsung has given it away for free so far, but take-up has been slow because of the rivalry between tech brands.

HLG, or Hybrid Log Gamma, was developed by the BBC and NHK for use in TV broadcasting, so it works alongside existing SD, HD and UHD broadcasts. It’s free to use and has won wide acceptance, but it’s not as impressive as Dolby Vision.

Finally (for now) there’s Advanced HDR from Technicolor. It’s a new format, designed to be as impressive as Dolby Vision and as flexible as HLG - for a price. The jury is still out.

The good news is that this format war will be played out in the background, and shouldn’t affect us much because most TVs and TV boxes can be upgraded to make use of changing standards.

Who else is doing HDR?

Many of today’s blockbuster films are released on Blu-ray in 4K HDR, also called Ultra HD Premium. YouTube has a 4K HDR channel which has some stunning comparison videos, movie trailers and NASA footage from space.